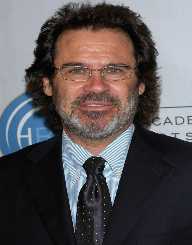 From All the President’s Men Came: Dennis Michael Miller

Dennis Michael Miller was born in Pitts, PA on November 3, 1953. He was raised by his mother after his parents separated. He grew up in the town of Castle Shannon.

His desire to become a comedian came up after he had attended a show of another comedian- Kelly Monteith. But funnily enough, after he graduated from high school in 1971, he had originally wanted to be a sports writer.

To further this end, Dennis Miller majored in journalism at the Point Park University. In the year 1976, he graduated with is a degree in journalism but found obtaining work not that easy.

While looking for his start in the world of journalism, he started to perform standup comedy. In 1979, it was there he found out about his stage fright.  Soon after he moved to New York, continuing to work in comedy and the odd job here or there when he found it. One day after seeing his comedy show, KDKA television, offered him a job on one of their shows. Dennis Miller did so well then that he eventually got his segment during the morning show.

When 1983 rolled around, he was hosting Punchline. But Dennis Miller still wasn’t the Dennis Miller we know today.  It wasn’t until he saw another comedian’sroutine that he found his comedic style.

Richard Belzer was the name of the comedian and Dennis liked his comedic style. So he decided to adopt it or copy it for his own but putting his spin on it. And thus, here comes the Miller we see and listen to today.

The connections he made helped him along in his career. Through his relationship with Jay Leno, he moved to the city of Los Angeles in 1984, and he started working at the Improv. Lorne Michaels saw him in 1985 at the Comedy Shop.  After seeing him perform, he offered Dennis a job at SNL. He participated in the Newscast for many years and left in 1991.

All the while he appeared in his shows and did his specials. One of his HBO specials called Mr. Miller Goes to Washington was turned into a CD called Off-White, released in 1988. The year was 1998. After the release, he did another special on HBO called the Black and White Special.

Dennis Miller attempted to do several late night shows, and radio shows as well. He was known for his witty and acerbic commentary and his cutting quips. Those became his trademark. He was entertaining for audiences. The first Dennis Miller show was in 1992, which aired as a show in syndication television for a talk show. It lasted on the air for about seven months.  The first show was in January of 1992.

Although he wasn’t a bad talk show host, he ran into trouble when it came to obtaining guests.  There was a rumor going around that if people went to his show, then they couldn’t appear on another well-known show.  As a result, his show didn’t have a lot of guests. And had to shut his doors down in July of 1992.

Two years later, in 1994, he was back on the air in a cable show on HBO. It was for a thirty minute show which had only one guest.  And for those thirty minutes, Dennis Miller and the guest would discuss a topic. He won five Emmy‘s for this show.  He taped 257 episodes in a nine-year period. This show was cancelled in 2007.

Simultaneous in 2004, in January, he started hosting a show on CNBC. Their interest sparked because he could entertain the audience and he felt he had something to say about the election and the future president of the country. It was cancelled in 2005.

Three years later in 2007, he started a radio show that lasted three hours. The format had one guest per hour that he and a co-host talked with. The co-host for this show was David Weiss. Titled the Dennis Miller Show it ran until February 27, 2015, with 250 episodes taped.

During this time, he still did stand-up comedy. He also authored four books as well. Dennis also appeared in many films as well, all the while building his career. His personal and career life mixed as well.

His brother moved to California and opened up a business with him. The business was to represent other comedians as an agent. Currently, the two have a major talent roster of comedians and are doing good business today at Gold/Miller.

Remember that Dennis Miller at one point in his career was a commentator for the sport of football-Monday Night Football, to be exact.  That was in 2000. Also, remember that he once wanted to be a sports writer and talk about something that he loved.  Instead, he ended up a comedian that many liked to watch if not for the comedy then for the zingers that would come out of his mouth.

His take on life and his understanding of the situation, all found its way into his commentary which he shared with the world. His rise to fame isn’t one of until growth without any crashes.  He doesn’t stay on top a lot, but he did pay his dues repeatedly by being knocked down. And through it all, he has always tried and made a better show the next time.

Dennis Miller five Emmy’s and numerous nominations prove that. So Dennis Miller’s legacy just may be that all you have to do is make good comedy television and the fans will come to you.