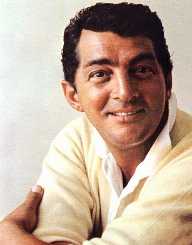 Also known as Dino Martin, he rose to fame as the suave on-set partner of Jerry Lewis and member of the Rat Pack. Dean Martin was a household name in the film and music industry during his time. Dubbed as the King of Cool, Martin went on to become a famed singer and actor who worked alongside veteran musician Frank Sinatra.

Dino Martin died on Christmas morning in 1995 from an acute respiratory failure.

A Star Is Born

Born as the youngest of two siblings from Italian immigrants on June 7, 1917, in Steubenville, Ohio, Martin grew up with an inclination to music. Growing up, he learned to play the drums as a hobby. He was born as Dino Paul Crocetti, the younger brother of Bill Crocetti. Martin was also the nephew of famed stand-up comedian Leonard Barr.

Growing up, he was bullied for his broken English due to his Italian upbringing when he was attending Grant School. He gradually overcame this and enrolled at Steubenville High School and eventually dropped out during the 10th grade.

From there, he took up a series of odd jobs to support himself. Dino Martin smuggled alcohol during times of alcohol ban and worked at a steel mill and also as a speakeasy and even took on boxing as a welterweight boxer. As a boxer, he was known under the name of "Kid Crochet".

Dino Martin broke his nose due to boxing but in return, he managed to associate himself with local club owners who hired him for gigs later on.


A Step To Showbiz

It was during one of his gigs at local bars did he find his opportunity at a start in the showbiz industry. Martin was 17 when he started singing in local nightclubs at his hometown and met Sammy Watkins, the bandleader of Cleveland.

Watkins liked his voice and hired him as a featured vocalist of the band. From there, he began touring with the band for two years starting in 1938 wherein he also started to adopt the name "Dean Martin" to himself.

Martin's tour with Cleveland gave him the opportunity to make a name for himself that he signed with MCA for an exclusive contract in 1943, three years after the band's tour.

The contract stated that Dino Martinis to sing in New York at Riobamba Room. A year after, he was given his own segment in the radio known as Songs by Dean Martin that ran for 15 minutes and broadcasted across New York City that followed a contract signing in 1946 from Diamond Records. He recorded four songs under their label.

The Comical Duo Is Formed

It was also in the year 1946 when Martin met his decade-long comical partner, Jerry Lewis. It started out as a joke but a year later, they paired up and formed the iconic Martin and Lewis.

Dino Martin sang onstage while Lewis did various comedic acts behind him with the set mostly ended up laughing due to the pair's antics. They had their own radio segment that ran for 30 minutes before they made their local television debut in 1950.

The pair lasted for 10 years before they finally decided to split due to creative differences. At the time, they were known as Dean Martin & Jerry Lewis that helped them make a distinguished career after. Their last performance was on July 24, 1946, at Copacabana, New York.

In the course of his life, Dino Martin was married three times. His first wife was Elizabeth "Betty" Anne Mcdonald of which she brought forth 4 children. The name of his children was Stephen, Claudia, Barbara, and Deana. They were married on October 2, 1941. The couple divorced in 1949 and Martin lost custody of his children for a time but eventually reclaimed it.

Martin's second wife was Dorothy Jean "Jeanne" Biegger and Martin had three children with her: Dean Paul Jr., Ricci James, and Gina Caroline. His firstborn to Jeanne, Dean Jr., was killed in a tragic plane crash in 1987. The couple were married in 1949 and were together for 24 years before they split 1973.

His third and final marriage was to Catherine Hawn but they did not have any biological children. Instead, he adopted Catherine's daughter, Sasha. Their marriage only lasted for 3 years before Martin filed for divorce.

Martin As A Solo Artist And Rat Pack Member

After his split with Lewis, he found his way back into the music and film industry where he released a couple of songs under his name and eventually found his way into the Rat Pack with Frank Sinatra, Peter Lawford, Sammy Davis Jr. and Joey Bishop. They held various concerts until Martin retired from the industry around 1988 to 1989.