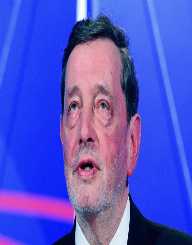 With sheer determination and will power you can achieve anything you want despite your flaws – David Blunkett is a living example of this statement. Born without eyesight, this blind person has become one of the most successful politicians in Britain.

David Blunkett is also a well-known speaker and author who continues to inspire the world through his conferences and books.

David Blunkett was born in Sheffield, Yorkshire, England on June 6, 1947. He was blind since birth. His star sign is Gemini. His father Arthur worked as a foreman, and his mother’s name was Doris. Blunkett had a tough childhood partly because of his blindness and also due to losing his father at an early age.

Since his mother was mainly a housewife, they were left with no income and two stomachs to feed. With only sheer willpower they managed to get out of this situation so that Blunkett could have a future.

David Blunkett was enrolled in the school for the blind in Sheffield. Later he went to the Royal College of the Blind in Shrewsbury. He finally earned a B.A. degree in Political Theory from the University of Sheffield.

At only 23 years of age, David Blunkett became active in politics. His first appointment was as a councilor on the Sheffield city council in 1970. He continued his education, and only three years later, he received his Ph.D.

David Blunkett continued to work for the Sheffield City council till 1988. He was made the leader in 1980 and was in this role until the end of 1987 when he was elected to the National Executive Committee of the Labour party.

David Blunkett became a prominent force in the politics of England after he joined the shadow cabinet in 1992. He first held the post of Shadow Secretary for Health, then education and employment till 1997. The 1997 elections saw the Labour party come into power and David Blunkett was made the Secretary of Education and Employment. He was the first blind person to become a cabinet minister in Britain. After doing commendable work as the Secretary of State for Education & Employment, David Blunkett was made the Home Secretary in 2001. But only three years later, rumors of his affair with a journalist became widespread, and he had to resign.

A year later he returned to the cabinet but was forced to resign again following a controversy involving his business interests. With a highly publicized personal life and celebrity-like status, Blunkett made numerous appearances in television. He has appeared in TV shows like “Banged Up,” “Mastermind” and “The F-word.” In his later career, he has also become a writer. He has written several books including an autobiography “On a Clear Day.”  Another popular book written by him is “The Blunkett Tapes: My Life in the Bear Pit.” David Blunkett is also a motivational speaker and holds conferences to inspire people.

David Blunkett has married twice. His first marriage was to Ruth Gwynneth Mitchell in 1970. They remained married for twenty years and produced three sons – Andrew, Hugh, and Alastair. They divorced in 1990.

David Blunkett had an affair with Kimberly Quinn, a journalist. He was also revealed to be the father of Kimberly’s eldest child. This relationship didn’t turn into marriage.