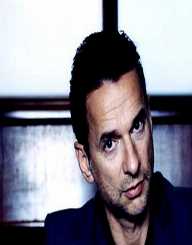 When David Callcott was two, his parents divorced, although they had been separated since Gahan was just six months old.

Callcott's mother met and married Jack Gahan, and she moved the children to Basildon in Essex, to live with her new husband. She had two more children with Jack. Callcott and his sister were raised thinking that Jack Gahan was their natural father.

In 1972, Callcott’s stepfather died. He was introduced to his real father who reappeared for a short while before disappearing again.

David Callcott started getting into trouble with the police, got suspended from school and was brought before the juvenile court on three occasions. David Callcott used to steal cars and take them for joyrides.

When David Callcott left school in 1978, Gahan went through roughly 20 jobs in quick succession. David Callcott eventually went back to school, enrolling at Southend Technical College. David Callcott enjoyed his time there, and he worked his way into achieving the British Display Society Award. This enabled him to apply for work doing displays for shop windows and shopping centers.

In 1980, a band called Composition of Sound was formed by Martin Gore, Andy Fletcher, and Vince Clarke. Later that year, Clarke heard David Callcott perform and invited him to join the band. At Gahan’s suggestion, the band was renamed, Depeche Mode.

Depeche Mode was in the “new wave/synthpop” genre, and in the last 30 years, they have released 14 studio albums, four greatest hits compilations and two remix albums. Their studio albums have all gone gold, several going platinum as well.

They have sold over 100 million records worldwide.

David Callcott not only sings but also writes some of the band’s music. Callcott has released two solo studio albums, Paper Monsters in 2003, and Hourglass in 2007.

Two of the singles from the first album, Dirty Sticky Floors and I Need You, ranked in the top 5 of the US Dance Charts. His single, Kingdom, from the second album, ranked number one on the same charts.

Between 1997 and 2018, David Callcott has also recorded with other artists on several occasions. Some of these include Soulsavers and SixToes.

David Callcott’s first marriage was to Joanne Fox in 1985. The couple had a son, Jack, together, but divorced in 1991. Callcott married for a second time in 1992 to Teresa Conroy. They divorced in 1996.

In 1999, Callcott married Jennifer Sklias. The couple has a daughter, and David Callcott has officially adopted Sklias’ son from a previous relationship.

David Callcott is recovering from a heroin addiction.

In 2009, David Callcott had a malignant tumor removed from his bladder, and several shows were canceled while he underwent treatment for cancer.