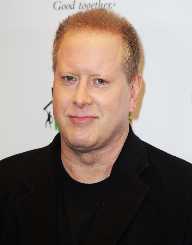 Darrell Clayton Hammond is an American actor, impressionist, and stand-up comedian. Born on October 8, 1955, he served as a regular cast member on Saturday Night Live (SNL) from 1995 through 2009. He left the show at the age of 53, becoming the oldest cast member of all time.

Darrell Hammond impersonated 107 celebrities and made more appearances on the show than any other cast member. On May 3, 2014, Kenan Thompson broke Hammond’s record of having impersonated the highest number of celebrities in the history of SNL. He was appointed announcer of SNL on September 19, 2014, after the demise of Don Pardon. Norm Macdonald replaced him after serving for three months.

Darrell Clayton Hammond was born on October 8, 1955, in Melbourne, Florida to Margaret and Max Hammond. According to Hammond, he suffered severe abuse from his mother, which led to his long-lasting struggle with substance abuse and depression.

He also claimed that his father, a World War II veteran, had psychological issues after the military service and therefore resorted to drinking heavily and became violent. He said the only way he could impress his mother was through impersonation, hence, his interest in the act.

Darrell Hammond received education at Brevard Community College, where he played baseball in the same team with future San Francisco Giants manager Bruce Bochy. After high school, he enrolled at the University of Florida, graduating with a degree in advertising in 1978.

After graduating, Darrell Hammond left for New York City, working as a waiter and studied at HB Studio. He also picked up some roles in theatre productions and performed at a comedy club. On his return to Florida, he worked as a voiceover artist in Orlando.

In 1995, Darrell Hammond was made a cast member on Saturday Night Live. He would be on the show until 2009. He held the record of being the longest cast member on the show appearing 14 consecutive seasons until Kenan Thompson broke it in 2017.

Hammond also held the record of most impressions by a single cast member until Thompson surpassed the record. During his stint on the SNL, he impersonated the likes of Donald Trump, Bill Clinton, Al Gore, Dick Cheney, and Phil McGraw. Others include Chris Matthews, Regis Philbin, Sean Connery, John McCain, John Travolta, and Ted Koppel among several others.

His most frequent impressions were of Bill Clinton, with 87 sketches, which stands as the most frequent SNL impression of all time. Hammond occasionally stood in for SNL announcer Don Pardo. After retiring from the show in 2009, he subsequently made several other cameo appearances.

After the death of Don Pardo in August 2014, Darrell Hammond briefly replaced him as the announcer of SNL starting from the 40th-season.

Darrell Hammond is a recurring guest on The Howard Stern Show. He guest starred in some episodes of Law & Order: Special Victim Unit and Law & Order: Criminal Intent.

He had his stand-up comedy special Comedy Central Presents Darrell Hammond on Comedy Central. He made a Broadway theatre debut with the role of Vice Principal Douglas Panch in The 25th Annual Putnam County Spelling Bee in 2007.

He guest-starred on the FX drama Damages in 2009 and that same year appeared with Donald Trump, Eli Manning and Peyton Manning in an Oreo commercial. He made an impression of Trump in the ad.

Darrell Hammond has been battling with alcohol and cocaine abuse. He suffered from alcohol and drug relapse in 1991 after the death of a close friend and another relapse in 2009 and, therefore, went to rehab.

He revealed in an interview on CNN in October 2011 that said he suffered abuse from his mother, which led cutting. He also battled several psychiatric problems, was diagnosed with borderline personality disorder, schizophrenia, and bipolar disorder, and was hospitalised many times. According to him, he underwent medications throughout his tenure on SNL.

His memoir God, If You're Not Up There, I'm F*cked, was published in 2011. It talks about his childhood abuse, drug use, and psychiatric problems.