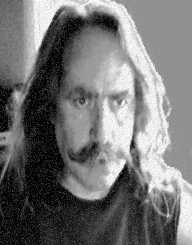 Csaba Markus is a Hungarian American artist by profession, well known for his painting, sculpting, and printing. His painting Pure Love appeared in the top ten paintings worldwide. This was a rating by Toronto Sun newspaper. His primary specialization as an artist is etching and serigraphy. Csaba Markus also put his skills into practice by coming up with handmade papers, ceramics, monoprints, and animation.

Csaba Markus’s main intention of his art was to ensure modernization did not completely consume the classic culture that had been ignored and forgotten completely. He did this by presenting his unique arts on canvas. Much of his work came from his heart and soul. He had much passion for his work. His unique work is loved by many and collectors always look forward to his next piece of art. Csaba Markus always impressed his admirers by surpassing their expectations every time he came up with a new piece of art.

Csaba Markus was born on January 26th, in 1953.His place of birth was in Budapest, Hungary. He was the son of Karoly Markus, father, and Szollos Erzsebet, mother. His love for the museum at a young age was much influential to his career. The castles, baroque architecture and palaces were other influences on his passion for art. Markus trained as a sculptor in Ferenc Mohacsi Regos, a well-known Hungarian Academy.  He was only 14 years old when his career as a sculptor began where his first work appeared on an international public television

The harsh Hungarian communist regime compelled Markus to migrate to America in 1978. It was then that he established a studio in California. By 1979 he had began his etching work traditional printmaking. In his studio in California, he had the freedom to express his artistic work, and he was able to create a positive environment for his work. This allowed Markus to utilize his skills fully by coming up with unique and impressive paintings and sculptures.

Csaba Markus challenged himself with serigraphy. It was not an easy part of art, but it gave him the motivation to try something that was challenging. With serigraphy, he was able to explore many colors to come up with a beautiful and unique masterpiece at the end. Other pieces of art that he ventured into include but not limited to: stone lithographs, etchings, animation and metal sculpture.

His etching creations include Unicorn Dance, Adoration of Thalia, Tascana Nude and Lady of Spring among others. On the other hand, some of the serigraphs include but are not limited to Medolia Serigraph, Constantina, and Lafeminine Serigraph on paper.

In 2004, Csaba Markus was a proud owner of a publishing company by the name Dreaming Muse. Through his publishing company, he successfully released art books like Gems and Rhapsodies in 2004, Artist and Muses-The Life and Art of Csaba Markus in 2007 and Artist & Muses (silk edition) in 2008.
Major achievements

His pieces of art were among exhibits in some of renowned art galleries like Japan, England, and United States among others.

His pure love painting made it to the top then worldwide sensational paintings in Toronto Sun Newspaper.