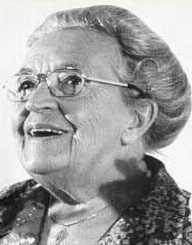 Cornelia Arnolda Johanna “Corrie” ten Boom was a Dutch watchmaker. Born on April 15, 1892, Boom alongside his father and family members played a vital role in saving many Jews from the Nazi Holocaust during the World War II. She helped by hiding the Jews in her closet. In 1944, Boom was arrested and imprisoned by the nazi's her actions.

Corrie Ten Boom was born on April 15, 1892, in Haarlem, Netherlands. She was the youngest child of Cornelia and Casper ten Boom. His father a jeweler and watchmaker.

Her family was Calvinist in the Dutch Reformed Church, and by their faith, they were very benevolent to the poor in their society. Corrie took over his father’s profession as a trained watchmaker and became the first licensed female watchmaker in Holland in 1922. Working as a watchmaker, Corrie also formed a youth club for teenage girls. The club provided performing arts, handcraft and sewing classes as well as religious instruction to the girls.


Activities during the World War II

The German Nazis occupied the Netherlands in 1940 during the World War II. The Nazis banned all forms of gathering and clubs. The Nazis pursued the Jews in the country, and most of them tried to find refuge in the homes of non-Jews to escape capture.

Corrie Ten Boom and her family became one of the non-Jews who provided a safe place for Jews after they were initially approached by a Jewish family. In doing this, she told a woman who sought for help that "In this household, God's people are always welcome." Despite being Calvinists, the ten Boom family never tried to convert any of the Jews they sheltered.

This was when they began the "The Hiding Place," or "De Schuilplaats." Corrie and the rest of their family opened their doors to both Jews and members of the resistant movement who were sought after by the Gestapo and their Dutch counterparts. The family found ways to provide the refugees with some of their necessities and food by working out to get extra ration cards for them.

The activities of Corrie Ten Boom family became known, and an informant named Jan Vogel told the Nazis about the family’s activities. On February 28, 1944, at 12:30 pm, the Nazis besieged Corrie Ten Boom home and arrested the entire family and others numbering about 30. However, the six Jews and members of the resistance who hid in the house remained undiscovered since they were kept in a secret room purposely designed for them

.After a search, the Nazis found some materials belonging to the Resistance and extra ration cards in their house. The Nazis detained them to the Scheveningen prison. Her sibling's Nollie, Willem, and nephew Peter were immediately released. Her father died ten days later. The refugees then escaped from their hiding place with the help of some Resistance worker.

Corrie Ten Boom and her sister Betsie ten Boom were kept in solitary confinement, and her first trial was after three months. On her first trial, Corrie spoke about working with the mentally disabled people who were at the time being killed by the Nazis.

Corrie and Betsie were later moved to Herzgogebusch, which was a political concentration camp and then to the women’s labor camp Ravensbruck concentration camp, in Germany. Betsie’s health deteriorated and died on December 16, 1944, at the age of 59. Betsie told Corrie "There is no pit so deep that He [God] is not deeper still" before she died. Corrie was released fifteen days after her sister’s death due to some clerical error, and that was how she escaped the Holocaust.

After her mistaken release, Corrie Ten Boom learned that all the women in her age group were sent to the gas chambers a week later. She returned home during the hunger winter in 1945, a period where the Netherland was hit by severe famine.

After the end of the World war, Corrie Ten Boom returned to the Netherland to establish a rehab center in Bloemendaal. She sheltered concentration-camp survivors and even the jobless Dutch who previously collaborated with Germans during the Occupation. From 1950, she started to admit anyone who needed help. She toured several counties as a public speaker and wrote several books.

Corrie Ten Boom narrated the work of her family during the World War II in her book The Hiding Place, 1971. It was later adapted into a film of the same name starring Jeannette Clift as Corrie and Julie Harris as Betsie. She suffered a severe stroke in 1978 leaving her paralyzed and unable to speak. Corrie died on  April 15, 1983, on her 91st birthday.

Corrie Ten Boom was given the title Righteous among the Nations by the state of Israel. The Queen of the Netherlands knighted her in recognition of her work during the war. The Ten Boom Museum in Haarlem is dedicated to her and her family for their work.