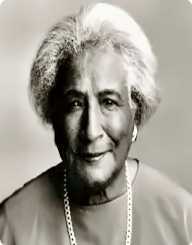 Constance Baker was a famous legal practitioner and a civil rights activist. She was the first black American woman to serve in the federal judiciary as a District Judge.

Constance Bakers was born in New Haven on 14th September 1921. She was the 9th born child in a family of 12 children. Her father Rachel Huggins and mother, McCullough Alva Baker. Both of her parents were immigrants of the Nevis. Her mother worked as a domestic worker and fathers a chef for Yale University.

She attended public schools, and on many occasions, she was a subject of racism during in school.

Constance Baker's racial experience in lower primary school enabled her to develop racial awareness. She was motivated by a speech by George Crawford to join the civil rights activism.

Clarence W. Blakeslee, a philanthropist, helped Baker join Fisk University, a renowned University for black students. She later joined New York University, where she attained a degree in Bachelor of Arts in 1943. Three years later she achieved Bachelor of Laws from Columbia Law School in 1946.

During her 2nd year in the university, she worked as a law clerk on court-martial cases that were filed after World War II.

Constance Baker's first job was as the first female attorney lawyer in NAACP Legal Defense and Educational Fund. In her line of duty, she visited Martin Luther King Junior in jail.

She was the attorney for church bomb victims. On several occasions, she visited Medgar Evers, a civil rights activist who had been arrested during his line of duty.

In 1950, she became the first Black American woman to argue a case in the US Supreme Court. Her success in the law courts saw her win nine of ten cases she took.

On 4th February 1964, Constance Baker was elected to the New York State Senate. She became the first African woman to win the seat.

She was later reelected to succeed herself in the seat in November 1965 for her full four-year term.

Constance Baker was married to Joel Motley and was engaged in a church wedding in 1946. The two were married until her death.

They had one son Joel Wilson Motley and three grandchildren.

The peak of Constance Baker's career saw her being appointed as a federal judge. The president later appointed her to the federal bench of Southern District in New York.

In her time as a civil judge, she oversaw many civil rights cases. In one of her most notable judgments, she allowed a female news reporter to the New York Yankees' locker room.

She was promoted to the district chief judge in 1982 before ascending to the position of the senior judge four years later.

At the age of 74, Constance Baker was diagnosed with congestive heart failure and was admitted at NYU Downtown Hospital in Manhattan. Constance Baker Motley later died on 28th September 2005.

Until her last day, Baker worked as a federal judge.