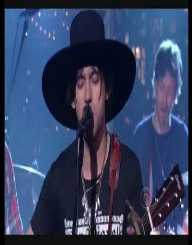 Born on February 15, 1980, Conor Oberst is an American singer and songwriter who gained fame with his work in Bright Eyes. Aside from his solo career, he has worked with several bands including, The Faint Drawn Park Ave, Desaparecidos, Commander Venus, the Mystic Valley Band and Conor Oberst. Getting into music at a young age with some influence from his brother Matt, Conor Oberst fell became obsessed with bands like The Cure, R.E.M, The Smiths, and Fugazi. He also drew inspiration from musicians and songwriters likeSimon Joyner and David Dondero to enhance his musical career. In 2008, he was named by Rolling Stone magazine as the Best Songwriter.

Conor  Oberst was born to Mattew Ryan Oberst and Nancy Oberst on February 15, 1980. Born and raised in Omaha, Nebraska, he was the last child of three with other siblings being Matthew Ryan Oberst Jr and Justin H. Oberst. His father worked for Mutual of Omaha as an information manager and his mother an elementary education director for Omaha Public School. Matthew who was a teacher and part-time musician with the indie band Sorry About Dresden would have influence Conor’s music career.

Conor Oberst attended St Pius X/St. Leo School in Omaha, Nebraska. While there, he joined the school choir and other musical groups. He continued at Creighton Preparatory School and briefly enrolled at the University of Nebraska. With his growing passion for music, he dropped out of college after three semesters to tour.

Having developed interest in music, Ted Stevens of the Mayday and Cursive band invited Oberst to stage to play one night in 1992. This became a perfect opportunity for Conor  Oberst as he gained another invitation from Bill Hoover who was in attendance that night to play with him a few weeks later. Within this short period, he was able to write enough songs that he started putting them on tape in his parents’ basement using his father’s cassette recorder and an acoustic guitar.

He released his debut album, Water, on cassette tape in mid-1993, with financial support from his brother Justin through the Lumberjack Records. The record was an indie label formed by them and would later become Saddle Creek Records, which they are still executive members currently. He released Heres to Special Treatment followed by The Soundtrack to My Movie released in Ding Eunuchs in 1996. Oberst and Bill Hoover then released Kill the Monster Before it Eats Baby that same year.

Conor  Oberst along with Joel Peterson, Todd Fink and Clark Baechle formed the band Norman Bailer in 1994 after a Slowdown Virginia show. The band later became The Faint. The group first performed at a show at Kilgore and that was followed by the album Sine Sierra in 1995 on cassette only.

In 1994, Conor  Oberst along with Tim Robb Nansel, Tim Kasher, and Ben Armstrong formed the rock band Commander Venus. The band’s first album, Do You Feel at Home? was released in 1995. They followed it with The Uneventful Vacation in 1997. After these albums, Kasher formed Cursive and would later leave Commander Venus for concentrate fully on it. Todd Baechle replaced him for the recording of their second studio album.

In 1998, Commanded Venus was disbanded. With Todd Fink and Chris Hughes, Conor  Oberst had formed the band The Magnetic, in 1996. The band, based in Omaha, Nebraska shortly lived in that period. Nonetheless, they came out with three songs, including AnexAnex on the Part compilation album of Ghostmeat Records.

Conor  Oberst played in several other groups concurrently aside his main commitment to Commander Venus. In January 1996, he joined the group Park Ave as a drummer alongside Neel Jenkins, Clark Baechle, Jamie Williams and Jenn Bernard. The group was not a vibrant one and played just around 15 shows with few recordings. It was disbanded in 1998, after William, who was the singer and songwriter traveled to London. The band’s only album, When Jamie Went to LondonWe Broke Up, was released in 1999 under Urinine Records.

In 1995, Conor  Oberst formed Bright Eye for his solo project and gave it his full concentration after Commander Venus was disbanded. In January 1998, he released, A Collection of Songs Written and Recorded 1995-1997. That same year, he released Letting Off the Happiness, which featured different artist for several bands and recorded in the Oberst family basement.

In 1999, Bright Eyes’ first EP, Every Day and Every Night were released, and that was followed with the third album Fevers and Mirrors in 2000. The album ranked 170 on the top 200 albums of Pitchfolks. The band gained the need recognition with the release of Lifted or The Story in the Soil, Keep Your Ear to the Ground in 2002. Aside from the general praise, several magazines listed Oberst as having a breakthrough. Two albums consisting the electronic-pop, Digital Ash in a Digital Urmand the folk, I’m Wide Awake; Its Morning was released on January 25, 2005. The latter was listed by Time as one of the top albums of 2005.

In March 2007, the EP, Four Winds was released and in just a month time, the album Cassadaga followed. Rolling Stone named Four Winds as a top 100 song in 2007. On Oberst 31st birthday, Bright Eyes released its last album, The People’s Key.

Soon after Bright Eyes, Conor  Oberst joined Desaparecidos as a singer and guitarist. The lyrical content of Bright Eyes and Desaparecidos was a sharp contrast aswhile the latter did punk rock Bright Eyes was more into folk rock. The group's first release after regrouping in 2012 was the self-released 7" single MariKKKopa/Backsell and started a tour afterward.

The following year, the came out with, Anonymous / The Left is Right and "Te Amo Camila Vallejo / The Underground Man and followed it with a tour. Desaparecidos released the studio album, Payola on the Epitaph Records on June 23, 2015. That same year, a press release by the group announced that Oberst was on admission at the hospital for"laryngitis, anxiety, and exhaustion." Connor has played in several other bands including Conor Oberst and the Mystic Valley Band and Monster of Folks.

From 2012 to the beginning of 2013, Conor  Oberst did a solo tour through North America and Europe. He performed with Ben Brodin on guitar and vibraphone playing songs from his groups, Monsters of Folk, Bright Eyes and Mystic Valley Bandand also did some new songs. On May 2014, he released the solo record, Upside Down Mountain. He has also worked with the Swedish duo, First Aid Kit and producer Jonathan Wilson for the solo project.

Conor  Oberst has released several records since then with his seventh being Ruminations released on October 14, 2016, on the Nonesuch Records. His current album Salutations was released on January 18, 2017, as a companion to Ruminations.

Conor Oberst is married to Corina Figueroa Escamilla. The couple met in Mexico during Oberst recording there.