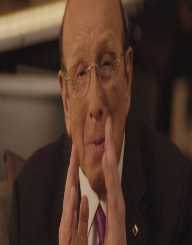 American record producer Clive Davis was born on the 4 April 1932 in Brooklyn, New York to Florence and Herman Davis. When Davis was a teenager, both his parents died, and he was left without financial resources.

Clive Davis won a scholarship to New York University College of Arts and Science and graduated in 1953. He was then awarded another scholarship to Harvard Law School, graduating in 1956.

Around this time Davis offered a contract to the musician Donovan. Further signings included Janis Joplin, Santana, Bruce Springsteen, Chicago, Billy Joel, Blood, Sweat and Tears, Pink Floyd, Aerosmith and The Grateful Dead. Due to a financial scandal at CBS, Davis left the company in 1974.

Clive Davis has won four Grammy Awards: 2000 Best Rock Album for Supernatural by Santana; 2000 Album of the Year for

Supernatural by Santana; Best Pop Vocal Album for Breakaway by Kelly Clarkson and Best R&B Album for Jennifer Hudson’s self-titled album. In 2000 he won the Recording Academy’s Grammy Trustees Award and in 2009 the President’s Merit Award. In 2000 he was inducted into the R&B Hall of Fame. The Clive Davis Theatre at the Grammy Museum is named in his honor.

In 1975 he published a memoir, Clive: Inside the Record Business which he co-authored with James Willwerth.

In 1973 Clive Davis was involved in a financial scandal at CBS Records, and he was subsequently fired. He was later exonerated. Davis published his autobiography, The Soundtrack of My Life, in 2013.