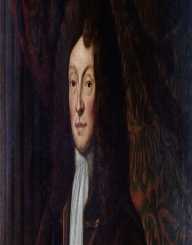 Christopher Wren was a famous British architect. He rebuilt many of the churches in London after the Great Fire and designed numerous buildings that still stand today.

Christopher Wren was schooled at home, mostly because of his fragile health. He showed promise with his strength in mathematics. Later he attended Westminster School. After that, he studied at the Wadham College at Oxford University.

He mostly studied Latin and Aristotle but focused much of his time on science and math. He graduated with a bachelor's degree in 1651, then completed his master's degree in 1653. His background was in anatomy, physics, and astronomy.

After earning his master's degree, Wren went on to be a fellow at All Souls College in Oxford. There he conducted research and experiments. Wren was later the Professor of Astronomy at Gresham College in London in 1657. In 1660, he co-founded the Royal Society, a fellowship of eminent scientists and mathematicians. In 1661, Wren returned to Oxford as the Savilian professor of astronomy. Christopher Wren's first experience in architecture was in 1662. He designed the Sheldonian Theatre at Oxford. The building that was going to house ceremonies for the institution gave him credibility as an architect.

He later toured France to learn more about architectural styles including Renaissance and Baroque. In 1666, the Great Fire of London destroyed much of the city. It left around 100,000 people without homes as 13,200 houses were completely burned. Even landmarks such as 90 churches could not be saved. King Charles II created a commission to rebuild the city, and he chose Wren to be a part of it. His title was Surveyor of Works, and he held that position from 1669 to 1718.

His most major architectural work was the St. Paul's Cathedral. The French and Italian inspiration along with the grand dome took 35 years to build.

After Christopher Wren was no longer the Surveyor of Works in 1718, it is said that he still continued to monitor the work of St. Paul's construction.

Christopher Wren died on February 25, 1723, in London, England at the age of 90. He is buried in his masterpiece, St. Paul's Cathedral in London.