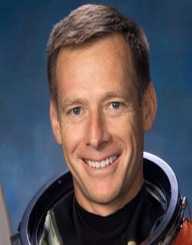 Christopher Ferguson was born 1st September 1961, in Philadelphia, Pennsylvania, in the United States. He studied at Archbishop Ryan High School, and he graduated in 1979. Ferguson then went to Drexel University, and he graduated in 1984 with a degree in Mechanical Engineering. He was awarded his master’s degree in Aeronautical Engineering in 1991.

While at the University of Pennsylvania, Christopher Ferguson entered the Navy Reserves Officer Training Program. In 1986, he was awarded his Naval Aviator wings. His first assignment was the training squadron for the F-14 Tomcat. After training, he was then assigned to a Strike Fighter Squadron on the USS Forrestal travelling through the Indian Ocean and Mediterranean Ocean.

In 1989, Ferguson was invited to join the United States Naval Test Pilot School program, and in 1992, he graduated. For the next two years, he served for the Navy in Maryland. He followed this with being an instructor for 12 months at the Naval Test Pilot School. In 1995, he was deployed to the Persian Gulf to participate in the Iraqi war.

Christopher Ferguson was then selected for the space program at NASA in 1998. He was the flight controller, known as the CAPCOM, for three space shuttle flights to the International Space Station, one in 2007, and two in 2009.

He was also an astronaut, with a total of 40 days in space. He served on three missions, Space Shuttle Atlantis (STS-115) in 2006, and the Space Shuttle Endeavour (STS-126). His last mission was STS-135, which was also the last for the space shuttle program. He attained the rank of Captain, United States Navy.

Retired from NASA, Christopher Ferguson works for Boeing’s Commercial Crew Program, as the Director of Crew and Mission Operations.

Christopher Ferguson's wife is named Sandra, and the couple has three children.