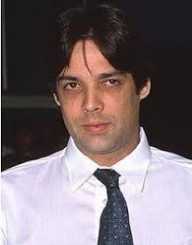 Christian Brando, the son of American actor Marlon Brando and Anna Kashfi was born on the 11 May 1958 in Los Angeles, California. His parents married in 1958 then divorced a year later when he was an infant. He was the subject of a custody battle and ongoing hostilities between his mother and father. When he was 13 years of age, his father won sole custody of him.

Once in his father’s custody, he spent his time between California and his father's private island in the South Seas, Tetiaroa. His mother kidnapped him in 1972. Later when he had been located, he was found to be suffering from pneumonia, and his mother was arrested.

Christian Brando dropped out of high school and went to live in Washington State.

By the time he was in his teens, Christian Brando was using LSD and consuming alcohol. He ran away to live in Washington State with family friends and eventually his father agreed to his living there and bought a home for him in a secluded area where he worked at artistic welding. He divided his time between Washington State and his father’s California home. As a child, he had appeared in various films and later appeared in La Posta (1987).

Christian Brando shot his half-sister Cheyenne’s boyfriend on the 16 May 1990 at his father’s house in Beverley Hills, California. Cheyenne’s boyfriend was Dag Drollet, and the couple had been in a relationship for four years. Brando’s sister was eight months pregnant with Drollet’s baby at the time of the shooting. After having dinner with his sister and being told that Drollet had been physically abusing her, Brando, who was intoxicated, confronted and shot Drollet at his father’s home. He had only met Drollet that day.

Brando said that the two men had been fighting over the gun when it accidentally discharged. Cheyenne left the country for Tahiti, and as prosecutors could not induce her to return, a judge quashed the prosecution's case. Brando could not be charged with first-degree murder and was offered a plea deal. Brando was found guilty of manslaughter. Brando spent five years in jail, during which time his sister Cheyenne committed suicide (1995). Once out of prison, in 1996, Brando returned to Washington State where he continued working as an artistic welder.

Christian Brando married Mary Brando in 1981, and they divorced in 1987. In 2004, he married Deborah Presley. The marriage was annulled in 2005. There were claims of spousal abuse and Brando went into rehab for his drug problem. Christian Brando died on the 26 January 2008 of pneumonia.