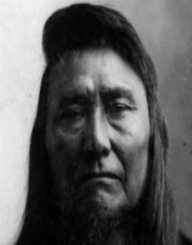 Chief Joseph is still a revered native Indian American chief decades after his passing on. He is one of the few natives who is considered a national hero in America.

Chief Joseph was born on March 3, 1840, in Wallowa Valley. The region is now part of the state of Oregon in the US. His father was the chief of one of the Nez Perce tribes. This was a group of those who lived in what is today Oregon and Washington states. Joseph was given the name Hin-mah-too-yah-lat-kekt. This loosely translates to “thunder rolling down a mountain.” Joseph’s father was Tuekakas and his mother, Khapkhaponimi. Chief Tuekakas was one of the early Native Americans to embrace Christianity. He adopted the Christian patriarch name, Joseph. When his son was christened, he chose the name, Joseph. Chief Tuekakas became Joseph the Elder, while his son was known as Joseph.

With the influx of white settlers in native lands, tension grew. In his early life, Chief Joseph saw his father make peace treaties with white settlers. The 1855 Treaty of Walla Walla was one of them. It designated 7,700,000 acres of tribal land to the Nez Perce people. This covered areas in the present-day states of Oregon, Idaho, and Washington. In 1863, Tuekakas and other tribal chiefs declined to sign a new treaty which gave up much of their land. The chiefs who had signed went into the new reserve, while Tuekakas and his group stayed back.

When Tuekakas died in 1871, Joseph became chief of his people. On his deathbed, Tuekakas made his son swear never to relinquish the tribal land to the incoming settlers. The American gold rush created an influx of white settlers into the Indian territories. Chiefs Joseph, Looking Glass, and White Bird resisted the takeover of the land. In 1873, Joseph succeeded in protecting the land. A federal order was passed to remove settlers from Indian tribal lands. The order was soon after reversed by the same federal government. War was inevitable.

In 1877, the US army threatened a military attack on the Indian people. Led by Chief Joseph, the Indian chiefs decided to leave their land for the reserves. Feeling betrayed, young warriors from the Chief White Bird’s group raided a white settlement. They killed several people. In response, the US army mounted a revenge attack on Joseph and his group. Joseph concluded that staying back to fight the army was suicidal. To avoid a war, he decided to lead his people towards Canada.

For over three months, the army pursued Joseph and his people. The Indians numbered 700, with a warrior band of 200. The US army numbered about 2,000. Despite their small numbers, the Indian warriors fought bravely. They defended their lines in four major battles. General Sherman, the army commander, later hailed the military prowess of the Indian warriors.

Chief Joseph surrendered to the US army in October 1877. This was after a siege in the freezing winter. Many of the Indians died of starvation and illness. The war strategists Looking Glass and White Bird had been killed. The warrior numbers had reduced to 87. Joseph’s brother had also been killed. In saving his people from being wiped out, Joseph surrendered to General Nelson Miles.

At the time of surrendering, Chief Joseph made a pact with General Miles for a safe passage back home. The senior commander, General Sherman, overruled Miles and took Joseph as a prisoner. The captured Indians were held in Fort Leavenworth, Kansas for eight months. Upon their release, they were taken to Oklahoma, away from their original tribal lands.

Joseph continued to plead the case for his people. In 1879, he met the US President Rutherford Hayes in Washington DC. In 1885, the government allowed Joseph and the tribe to settle in Idaho. Due to the opposition in Idaho, they were settled in an Indian reservation in Washington State. They never allowed back to Idaho, or their tribal land in Wallowa Valley.

Chief Joseph died in 1904. He was an undeniable voice for the Native Indians. Joseph continued championing the rights and freedom for his people even in old age. His struggle endeared many to stand up for the rights of the oppressed.