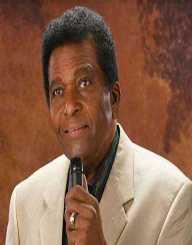 Charley Frank Pride born on the 18 March 1934 in Mississippi. He came from a large family of eleven children. His parents were sharecroppers, and they were of modest means. As a boy, Charley was showing talent on the field and had the ambition to be a professional baseball player. Music influences during his childhood included Blue, Country and Gospel music. When Pride was a young teenager, he got his first guitar and taught himself to play.

Charley Pride was keen to pursue his dream of becoming a professional baseball player, and he played in the Iowa State League and later in the Negro American League for the Memphis Red Sox.  He then joined the Boise Yankees in 1953. The Boise Yankees being the Class C farm team of the New York Yankees. After sustaining an injury, he played in the Class D team in Fond du Lac Wisconsin and was let go.

Charley Pride played for various teams including the Memphis Red Sox, Louisville Clippers, and the Birmingham Black Barons. He was back with the Memphis Red Sox in 1955 and after winning fourteen games as a pitcher was made part of the Negro American League All-Star Team. At the same time, Charley Pride was entertaining teammates by playing and singing in downtime.

Charley Pride was drafted into the US Army in 1956 and did his basic training in Arkansas. He was stationed at Fort Carson, Colorado and joined the baseball team. In 1958, he was discharged and joined the Memphis Red Sox. In 1960, he was playing for the Missoula Timberjacks in the Pioneer League then played semi-professional baseball for the East Helene Smelteries. He tried out for the Los Angeles Angels, but this did not work out. In the early 1960s, Pride was working a smelter and playing baseball in a semi-professional team. It was around this time that people started noticing his musical ability.

Charley Pride often sang the national anthem at baseball games and played in clubs and did gigs around the area. In 1962 a local disc jockey, Tiny Stokes, introduced Pride to Red Sovine and Red Foley and he played Heartaches By The Numbers and Lovesick Blues on one of their shows. By 1963, Pride realised that a major league baseball career was not going to happen for him. Instead, he went to Nashville.

He met Jack Johnson who was looking for a talented black Country singer and was signed up. Pride’s next big break came in 1966 when Chet Atkins signed Pride to RCA Records. His first single to attract attention was Just Between You and Me (1967). This recording won Pride a Grammy nomination, and the song entered the Country chart Top Ten.

After his breakthrough single, Charley Pride’s career went from strength to strength, and he became the first African-American Country Music superstar. In twenty years, he had fifty Top Ten hits and sold millions of records around the world. He was inducted into the Grand Ole Opry in 1993.
During the 2000s, Pride released A Tribute to Jim Reeves in 2001; Comfort of her Wings (2003), Pride & Joy: A Gospel Music Collection (2006) and Choices (2011). His album Forty Years of Pride was released in 2013.

He won the  Best Country Vocal Performance Male for Charley Pride Sings Heart Songs (1972) and Best Gospel Performance for Let Me Live Lyrics. American Music Awards he has won include Favorite Country Album Award for A Sun Shiny Day (1973) and  Favourite Country Male Artist in 1973 and 1976.

In 1999 Charley Pride was given a star on the Hollywood Walk of Fame, and in 2000 he was inducted into the Country Music Hall of Fame.

In 2017, he was presented with the Lifetime Achievement Award. Pride has sold over 70 million records.

Pride married Rozene in 1956, and they have two sons and a daughter. Son Dion is also a musician and has played in his father’s band. The family resides in Houston, Texas.

An autobiography Pride: The Charley Pride Story was co-authored with Jim Henderson.

Charley Pride is on record as saying that he has bipolar disorder and has suffered from it for a long time. He also had an operation in 1997 to remove a tumor from his vocal chord.

Charley Pride was invited to appear in the White House in July 2009. Hosted by Michelle Obama Alison Krauss and Brad Paisley also performed. In the 1990s, he had entertained President Clinton and others during the National Christmas Tree celebration at the White House.

In 2010, Pride became minority part-owner of the major league baseball team the Texas Rangers. The team was facing bankruptcy, and an investment group headed by Nolan Ryan organised to buy the team shortly before they were due to play in the World Series for the first time in the history of the Texas Rangers. Pride has worked out with the team every year since the 1970s, and in February and March of each year, he attends their spring training.

Charley Pride continues to play and entertain people playing at concerts all over the world.  Pride had a large fan base in Australia and toured there for the first time in two decades in 2013. On a previous tour of Australia, Pride sold 250,000 albums. He also performs at the Grand Ole Opry from time to time

Pride is a keen golfer.