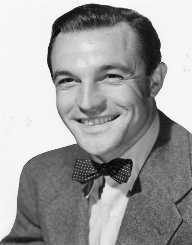 Charles Walters began his career as a child actor in silent film comedy-drama called Pied Piper Malone in 1924. He started as a dancer in a black and white American musical film called ''New Faces of 1933''.

In 1942, Walters was signed by Arthur Freed into the new Metro-Goldwyn-Mayer (MGM) musical unit. He was there as choreographer between 1943 and 1946. He became one of the most prominent dance directors in MGM at the time. During this time he also made appearances as an actor in minor roles in movies like Presenting Lily Mars (1943), Girl Crazy (1943) and Abbott and Costello in Hollywood (1945).

After working for the short period as a choreographer, Charles Walters then transitioned into becoming a movie director. Therefore the next twenty years, he directed some noteworthy films for MGM. Some of his best work includes Easter Parade (1948), The Barkleys of Broadway' (1949), The Unsinkable Molly Brown (1964), Lilli (1953) and High Society (1956).

The entirety of his directing career which lasted till 1966 was spent directing movies for MGM. He, however, directed one movie for Columbia Pictures. This was his last movie as a director. He did the romantic comedy Walk Don’t Run in 1966.

In his time, Charles Walters was known to have worked with notable actors and actresses. He worked with the likes of Fred Astaire, Ginger Rogers, Judy Garland, June Allyson, Gene Kelly, Doris Day, Cary Grant and the like. Some of these he helped improve. Of note was Debby Reynolds who got her only Oscar nomination for The Unsinkable Molly Brown under his direction.

Charles Walters was not only a choreographer and a Director, but he was also a writer, a composer, and a Broadway Performer. He wrote the Musical Comedies Ziegfeld Follies (1945) and Athena (1954). He was however not accredited for them.

Charles was likewise a performer of Embraceable You in the film Girl Crazy and Three O’clock in the Morning in the film Presenting Lily Mars.

At a time when homosexuality was still not very popular in the United States, Charles Walters was openly gay. This, however, did not inhibit his success in the industry.

He met his partner; actor turned agent, John Darrow in 1936. They lived together in Walters’ home in Malibu. They were often seen together in public gatherings as a couple. They were together until Darrow’s death in 1980.

Charles Walters suffered for a long time from lung cancer before his death. Charles Waters was born on the 17th of November 1911 in Pasadena, California USA. He died of Lung cancer in his Malibu Home on the 13th of August 1982.

In the duration of his career, Charles Walters had two awards and seven nominations.

He got his first and only Oscar Nomination in 1954 as Best Director for his film Lilli. He nevertheless won an award for the film earlier in 1953 in the Cannes Film Festival Awards.

Walters’ second award won was the Box Office Blue Ribbon awards from the Box Office Magazine Awards for The Unsinkable Molly in 1964. He got a star on the Hollywood Walk of Fame on the 8th of February 1960.

Charles Walters was however grossly under-recognized for his contribution to Hollywood and the film industry. He did a lot of work that became impressive, which he was not accredited for. When Memorable directors are spoken of in Hollywood, his name not was not often mentioned. To correct this error, Brent Phillips wrote a biography detailing the life, work, and contribution of Charles Walters. The book was titled Charles Walters: The Director Who Made Hollywood Dance. It was released in October 2014.