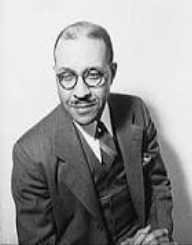 Charles S. Johnson was educated at Wayland Academy then enrolled at Virginia Union University, Richmond where he obtained a B.A. degree. He studied sociology with Robert E. Park at the University of Chicago and was awarded a doctorate in 1917.

During his years as a student in Chicago, Charles S. Johnson was a director of research and investigation at the Chicago Urban League. He also worked with Carter G. Woodson at the Association for the Study of Negro Life and History. Later, the relationship between the two men broke down.

Charles S. Johnson worked for the Chicago Commission on Race Relations (1919-1921). In 1920, he was appointed the director of research at the National Urban League in New York City. In 1926, Johnson was appointed the chair of the Department Sociology at Fisk University in Nashville, Tennessee.

Johnson was also appointed the first African-American president of Fisk University in 1946. The same year he was selected to join a team of American educators to advise on educational reform in Japan. He was chosen as an inaugural member of the Board of Foreign Scholarships for the Fulbright Program.

Charles S. Johnson received the Harmon Prize for Science (1930) for The Negro in American Civilization.