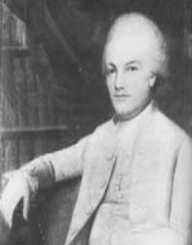 Charles Pinckney fought against the British during the American Revolution but was thereby captured. He later also served the Continental Congress. His contributions towards the constitution of America are impeccable as he contributed to the Fugitive Slave and No religious test clauses and he also fought for voting rights of all white men while serving in Congress.

Charles Pinckney was born on 26th of October in the year 1757 in Charleston, South Carolina. He was born to Colonel Charles Pinckney who was a wealthy planter and lawyer having good links in Charleston. He was taught by a private tutor by the name of Dr. David Oliphant who instilled in him the philosophy that if the government failed its people, then those people had the right to form a new government; a thought which he carried throughout his life with himself. Later, he studied law under his father and got himself enrolled in the South Carolina bar in the year 1779.

During those times, the conflict and tension between the colonies and British had escalated and following the same Charles Pinckney played a significant role in the revolution, and he was also elected as the Lieutenant for the military of South Carolina in the year 1779. But, to the utter disappointment, then America suffered its biggest loss in Charleston.

The lives of Charles and his troops were given mercy on a condition not to fight which soon changed, and they pressured Charles to renounce the patriot cause and join their side. Keeping his ideology intact throughout the time, he refused and shortly after that, the tides changed against the British in the year 1781.

Soon after the revolution, Charles Pinckney began the role of representing South Carolina in the Continental Congress while serving the same in the year 1784 and did the same till 1787. One thing that needs to be considered is that even though he was amongst the youngest members of the Congress, the roles that were played by him while looking at the Articles of Confederation or strengthening the Federal Authority in raising revenues were regarded as some of the critical functions.

His ideas were so futuristic that the plans he submitted for the design of the government were not only duly considered but were incorporated in the new constitution as well. These plans later came to be known as Pinckney plans.

Charles Pinckney even got the ratification from his home state and thereby, became the South Carolina’s governor in 1789. When things came to normal for America, Charles Pinckney began his career in politics as a Federalist, but soon he left for Jeffersonian Republican Party in 1791. And later, he even won a seat in the legislature of South Carolina, and he also made his complete efforts to get Jefferson as the president. He was even elected in the US Senate in the year 1798 serving until 1801 when he resigned to become a minister of Spain where he served until 1804.

His role was not limited to that. Instead, he even advocated for the voting rights of all the white men of America which also reflected upon his Southern background. He was a man of principles and outrightly denied slavery. Not only this, he even incorporated the antislavery provisions in the Missouri Compromise in the year 1820.

Charles Pinckney died on 29th of October in the year 1824, in Charleston and left behind a legacy to be remembered by the future generations for decades to come.