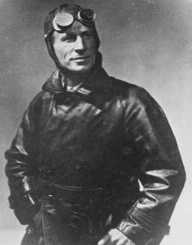 Charles Kingsford Smith hailed as an Australian aviator who knacks for flying raised him to fame like nobody’s business. His top-notch skills and record-breaking evidence earned him a moniker as the World’s Greatest Pilot. Charles grew up in Canada and later in Sydney where he came to fall in love with adventure. Riding modern bikes was his end motive. Little did he know that he would once come to imitate an eagle that is widely known for its powerful sight. It was after the completion of his studies that he joined the army. It was there that his talent as an aviator fathomed beyond his limits. Unfortunately, an abrupt invasion wounded him where he was pleased with his duty.

Before embarking on other works, Charles Kingsford Smith started a mail transport business. It was during his times that flight-records were defined as an in-thing in Australia. To set a clear record, he flew from Australia to New Zealand without a stop. Other multiple records and new routes followed such as pioneering the trans-pacific flight. Not to mention, after his discovery Charles managed to complete a world flying trek that welcomes him to the world of fame. His tremendous stances and organized skills caught the attention of Australians armed forces. What followed next were nothing else than military baubles and honoraria’s. Above all, Charles works and achievements were driven by competence, bravery and a talent for adventure. Let’s see what he has in store for us.

On 9th, February 1897 a couple called William Charles Smith, and Catherine Mary were blessed with their seventh-born son in Australia, Brisbane. He was none other than Charles Kingsford Smith whose father served as a banker. At six years of age, Charles father opted to move his family to Canada, and later they settled in Sydney in 1908.Before joining St Andrew Cathedral Choir School in Sydney, Smith first joined Vancouver school in Canada. He then joined the Technical High School at 16 years old where he studied electrical engineering.

After the completion of his engineering studies, Charles Kingsford Smith went to work as an engineer at Colonial Sugar Refining Company. It was during the 1914s WWI that he opted to join the army, but he was halted due to his age. The following year at 18 years of age, he teamed up with the Australian Army where he worked as a motorcycle messenger. In 1917 he was sent to the Royal Flying Corps where he served as a pilot. It was there that his aviation journey began.

Still, in 1917 Charles Kingsford Smith was shot on his left foot where he forced to leave the military base. It was after his discovery that he went to work as a flying instructor at R.F.C. The following year Smith tried to navigate through the routes of England and Australia without success. This was due to lack of competence as he was still defined as a novice.

After a short pause, Charles Kingsford Smith went to the United States of America where he worked as a stuntman. He then returned to Sydney due to lack of funds. While there he was given a position where he served at Diggers Aviation Corporation. He was them appointed as a professional pilot under Western Australian Airways Limited.
On 31st May 1928, Charles Smith partnered with four aviators where they opted to have a trans-Pacific flight thus from California to Australia. It took them 84 hours and 38 minutes to complete the flight-distance. In 1928 he partnered with Charles Ulm where they flew Victorian and Perth without any breaks. The record gave him a chance to establish themselves as Australian National Airways. However, lack of enough funds and services led to the closure of the company.

In 1929 Charles Kingsford Smith managed to fly for 12 days and 18 hours from Sydney to London. His second attempt made him make a sudden stop due to an emergency. Fortunately, his plane was rescued after an intense search. In the process, his to friends died of thirst when they tried to seek further help. It was later announced that Smith was blamed for the death of the two aviators. Though it was later considered that he had an accident, the event scorched him for the rest of his life.

It was in the mid of 1929 that Charles Kingsford Smith completed the first world flight in twelve days and eighteen hours. His passion for aviation gave him a chance to record a flying for over 10000 miles Air Race-from England to Australia. In 1933 he a made a flight from Australia to England where he covered the route in four hours and seven days. For a year Smith showcased his skills by flying multiple times between New Zealand and Australia. This time he broke his new record.

It was on 6th November that Charles Kingsford Smith planned to enroot on a journey along with Tommy Pethybridge. The journey was known as Lady Southern Cross. Unfortunately, his plane went missing on 7th, November 1935.According to sources, it was reckoned that the plane smashed its way into the sea of Burma coast in Southeast Asia.

Charles Kingsford Smith fame called when he made a flight from the United States to California. He was also known for setting as well as resetting his records. Besides, he will forever be recalled as an aviator who completed the round one flight expedition without any breaks or stops. In the course of his career, Charles earned the Military Cross followed by the Air Force Cross and Segrave Trophy.

Early in 1923, Charles Kingsford Smith tied a nuptial knot with Eileen Hope Corboy. The couple parted ways in 1929.The following year married Mary Powell with whom he had a son called Charles. At 38 years of age, Smith made a flight from England to Australia. Little did he know that; that was the end of his journey. Cording to sources the plane went missing near Burma Sea. It was there that he met his death on 8th November 1935. His modern aircraft called Southern Cross is still preserved at the memorial for Sir Charles Kingsford in Brisbane. As a trivia, Charles appeared in a documentary called The Old Bus in 1944 followed by Splendid Fellow small role.