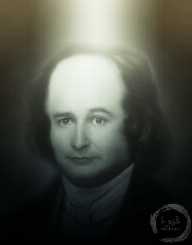 Carl Gustav Jacob Jacobi was a German Mathematician born on December 10th, 1804. During his career, he worked at a German University as a professor of mathematics. He then became the first Jewish ever to teach at a German University especially as a Mathematician professor.  His interest in mathematics developed when he was still a young boy and had great intelligence on the subject. His Uncle Lehman homeschooled him when he was still young.  During most of his career, he served as a university professor. He qualified for a position in the University only after he changed his religion from Jewish to Christian. Among his significant contributions throughout his career include dynamics, elliptic functions, number theory and differential equations.

Carl Gustav Jacob Jacobi was born on December 10th, 1804. His place of birth was Potsdam, Kingdom of Prussia. He was the second born after Moritz Jacobito who later became a physicist and engineer. His father was Simon Jacobi who earned a living as a banker.

For his early mathematics studies, Carl Gustav Jacob Jacobi was homeschooled by his uncle, Lehman. He also taught him an overview of the classical language. His formal education began later at Potsdam Gymnasium. He was 12 years old at the time.  He learnt mathematics, German history, and ancient languages. He was a bright student having been taught the basics by his uncle. Within six months of learning, he was given a promotion to join his senior class.

Carl Gustav Jacob Jacobi was ready to enroll to the university when he was still 12. Unfortunately, he had to wait till he turned 16 to join as per the rules at that time. In 1821 he was 16 hence joined the Berlin University for his undergraduate studies. He initially studied philology and mathematics but later in 1823 focused in Mathematics. He attained his doctorate in philosophy in 1825. In the same year, he became a Christian to qualify for an entry to work at a University.

Carl Gustav Jacob Jacobi began his career in Berlin University in 1825. He gave lectures on the theory of curves and surfaces. He served at the university till 1826. He then took a position at the Königsberg University in 1827 as a mathematics professor. He was promoted to be a tenured professor two years later. He quit in 1842.

Carl Gustav Jacob Jacobi was the pioneer of elliptic functions theory, and later his findings on the same were published. He was also among the pioneers of the determinants theory. He took a break from his research in Italy in 1843. This was after he had a mental breakdown. He returned to Berlin a year later.

In 1866 years after his death his work Vorlesungenüber Dynamik was published. This has been a significant contribution to the field of science. It is still applied currently in quantum mechanics. His other work Gesammelte Werke was published between 1881 and 1891 by The Berlin Academy.

Carl Gustav Jacob Jacobi succumbed to smallpox on February 18th, 1851 at the age of 46.