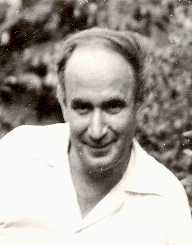 Jonas Kubilius was a mathematical prodigy turned scientist who mainly contributed to the field of probability. He displayed his brilliance at an early age with a keen interest in mathematics and science. The Lithuanian mathematician understood mathematics concepts with outstanding clarity, and keenly pursued his dreams to become one of the World’s greatest mathematicians of his time.

Jonas Kubilius is famous for his work in promoting probability theory as well as the development of the theory of differential equations. He also briefly worked as a politician, serving one term in the Lithuanian parliament from 1992 to 1996.

Jonas Kubilius was born in Fermos, Jurbarkas district, Lithuania on 27th July 1921 to a family of farmers. He was the firstborn among the five children of his parents. He first enrolled as a student at Rudkiskiai grade school. He was later enrolled at Erzvilkas middle school where he completed his early education. Upon completion, Jonas joined Raseiniai High School eventually graduating in 1940.

Being a good student with an outstanding performance in mathematics and literature, Jonas Kubilius proceeded to the University of Vilnius to study mathematics. He later, however, took one year off from studies during which he worked as a mathematics teacher in a middle school. After a successful job, he resumed studies at the University where he later graduated.

Upon his graduation, Jonas Kubilius was employed as an assistant in the school’s department of physics and mathematics, a position he held from 1946 to 1948. Jonas later joined Leningrad University for further studies receiving his candidate of sciences degree in 1951. Having failed to get admission into the USSR Academy of Sciences; he went on further and was enrolled at Steklov Institute of Mathematics, Moscow, where he graduated in 1957 with a Doctor of Science degree.

In 1952, Jonas Kubilius worked simultaneously both at the Lithuanian Academy of Sciences, in the mathematics, physics and astronomy sector, and as a part time-lecturer at Vilnius University. During this time, he also published a book in which he further developed the analytical number theory in ‘n’ dimensions. The physical and technical institution was recognized in the year 1956 and Kubilius worked there as the head of the new mathematical sector.

When the Institute of Mathematics and Informatics split from the Lithuanian Academy of Sciences to become an independent institute, Jonas Kubilius took the position of principle scientific worker. During the 1950s, Jouzas Bulovas, the Vilnius University rector made various changes aiming at making the university “Lithuanian.” The Soviet authorities did not like the reforms, and he was soon dismissed from his position.

Jonas Kubilius was offered the position left by Bulova. Because he was busy with his mathematical research, he initially was reluctant to accept the offer but later decided to take it. He, therefore, became the rector of the University in 1958. As the new rector, Jonas was able to resist the pressure from the Soviet authorities to “Rassify” the university. He wrote several books in Lithuanian and promoted Lithuanian culture and language.

Jonas Kubilius also encouraged the writing of research papers in Lithuanian and even other languages like French, German and English along with Russian. Even as the rector, Kubilius was still involved with his mathematics research and particularly in the areas of probability and number theory. After serving for almost 33 years, Jonas finally retired from his position as the rector in 1991. He, however, retained his position as the professor.

Due to his outstanding performance in mathematics, Jonas Kubilius was awarded the order of Lithuanian Grand Duke Gediminas, a Presidential Award, in Lithuania.

Two mathematical identities, i.e., Kubilius-model and Turan-Kubilius inequality in probabilistic number theory are both named after him.

Jonas Kubilius was a happily married man who was genuinely in love with his wife. The two shared a happy marriage and were blessed with a son named Kestutis who, just like his father, grew up to become a great mathematician. The couple also had a daughter called Birute, who became a professor of medicine.

Jonas Kubilius fell ill in late October of 2011, and on 30th October 2011, having lived his long and productive life, he finally died at the age of 90.