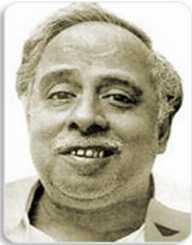 A powerful politician from South India, Annadurai who was fondly called “Anna” is famous for being the person who ordered the removal of images of deities from government offices. Annadurai was the first Chief Minister of Tamil Nadu. Annadurai was also a scriptwriter and an actor.

Annadurai was a powerful orator and also the founder of DMK (DravidaMunnetraKazhagham) – the first Non-Congress political party to form a government with full majority in South India.

Annadurai went to the Pachaiyappa’s high school but left studies to support his family’s financial condition by working as a clerk. Annadurai graduated College in 1934 from Pachaiyappa’s College in Chennai. He then earned a master’s degree in Economics and political science.

Soon after finishing his education, Annadurai started working as a teacher of English language in the same school he went to study. However, he soon left his teaching job to work as a journalist and writer. Anna’s political career began when he joined the Justice Party in 1935. It was then that he came into contact with Periyar E. V. Ramaswamy who also became his mentor.

At the same time, Annadurai became an editor for a few magazines like the Justice Magazine and weekly newspapers like KudiArasu. The Justice Party was later renamed to DravidaKazhagham and Anna became a staunch follower of Periyar.

However, soon differences began to surface between Anna and his mentor. Periyar, who feared the political dominance of Brahmins after independence, wished to call the Independence Day as a day of mourning, but Anna saw it as an achievement. The final nail, however, was struck when Periyar married Manimalai a woman more than 35 years younger to him. Seeing this against his ideology, Anna took his followers and created a new party called DMK.

As the leader of the DMK, he organized several protests against oppressive measures such as C. Rajagopalachari’s Kula KaviThittam education system, and anti-Congress rallies. He was also jailed several times. But this only increased his popularity among the masses, especially the lower caste people.

Annadurai also demanded a separate Dravida Naidu state, but after small periods of brutal violence he saw the futility of the idea and gave it up. In 1967, his party won the elections with full majority, and he became the 1st C.M. of Tamil Nadu. Annadurai was also a prolific writer and an actor. Some of his films include Nallathambi, Velaikari, Or Iravu, and Rangoon Radha.

Annadurai married quite young. His wife’s name was Rani, and they were married when he was only 21 years old. The couple didn’t have any children of their own and adopted the grandchildren of Anna’s aunt, Rajamani.

Annadurai had an extreme habit of chewing tobacco all the time. This came back to haunt him when he was diagnosed with cancer in the gullet. He underwent treatment but it was not successful, and he passed away on February 3, 1969. He was 59 years old.

The number of people attending his funeral was a Guinness World Record at 15 million. Annadurai is best remembered for creating a political party DMK that went on to form the first non-congress government with full majority in India.