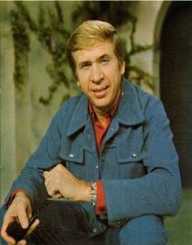 Alvis Edgar Owens best known as Buck Owens was an American singer, songwriter, and a bandleader. He was the leader of the Buckaroos and throughout his career made a total of 21 NO.1 hits songs on the Billboard country music. This is a feat only great talent in a great band can have. Buckaroos were the originators of the Bakersfield sound American Music. As a musician, he started with the fiddle but later hooked onto the pedal steel guitar during the 1970s.

After the death of his good friend and guitarist Don Rich in 1974, Buck Owens put on hold his musical career until 1988. Don Rich partnering him with his electrifying guitar played made sense of Owens signature style which was infused with storylines and memorable choruses. He and Roy Clark co-hosted the TV series Hee Haw in 1969 but left the casting in 1986. He was inducted into the Country Music Hall of Fame and the Nashville Songwriters Hall of Fame.

Buck Owens was born on a farm on August 12, 1929, in Sherman, Texas to Alvis Edgar Owen Sr. and Marcie Azel Ellington. He picked the name Buck at age three when he announced that he was also a Buck. Buck was the name of a donkey on the farm he was born. He had his grade 1 to 3 education in a public school in Garland, Texas. At age eight, his family moved to Mesa, Arizona at the time of the Dust Bowl and Great Depression.

Buck Owens started a career in radio at a young age of 14 as a co-host of the radio show, Buck and Britt in 1945. Later he shifted to truck driving through the San Joaquin Valley, California and in 1951 settled in Bakersfield, a place he would then call “home.” Inspired to make music, Buck Owens frequented in Hollywood for the season, recording jobs at Capital Records. There he played backups for several artists including Ernie Ford, Tommy Duncan, Del Reeve, Wanda Jackson, Tommy Collins and Faron Young.

Having worked with several musicians, Buck Owens came out with a rockabilly record, Hot Dog for the Pep label using the alias Corky Jones. In the 1950s he moved to Washington with his family to join the Dusty Rhodes band as a singer. During his stay in Washington, he met Don Rich in in 1958, at a restaurant in South Tacoma and the two after some conversation started a partnership. They played in local venues and later had a weekly session on KTNT-TV 11’s BAR-K Jamboree.

A year later he recorded the song Second Fiddle which was a hit and made it to number 24 on the Billboard country chart. The song gained him recognition and that was a start of a great career. He then followed it with the release of Under Your Spell Again which also made it to No. 4 on the chart. Noticing his great potentials, Capitol Records convinced him to return to Bakersfield, California. He would later in 1960 be joined by Don Rich after an initial failed attempt to get him to move with him.

While with Capitol Records, Buck Owens released the song Above and Beyond on April 2, 1960, which became No. 3 on the chart and later performed it on ABC-TV’s Ozark Jubilee. That year, Billboard named him as the Most Promising Country and Western Singer of 1960. Owens collaborated with Rose Maddox to release a duet which made it to the top 10 and later won them an award as the vocal team of the year.

Buck Owens formed the band Buckaroos in 1963 with members Don Rich, Doyle Holly, Tom Brumley and Willie Cantu. The first song released by the band was John Russell’s song Act Naturally which was recorded on February 12, 1963, and released on March 11, 1963. The song became a hit making it to No. 1 on the chart and lasted on it nonconsecutive four weeks. He and the Buckaroos later in 1966 released the album Carnegie Hall Concert which was also a great hit. The band toured Japan in 1967 where they recorded the live album Buck Owens and His Buckaroos in Japan.

The band did not just perform at concerts but also had the opportunity to perform for President Lyndon Baines Johnson at the White House in 1968. Two of the original members Tom Brumley and Willie left the band in 1969 and were replaced by drummer Jerry Wiggins and Jay Dee Maness on the steel guitar. The band’s songs Tall Dark Stranger and Who’s Gonna Mow Your Grass released in 1969 were No. 1 hits on the country music chart.

Buck Owens made some television appearances on Tv at the peak of his career. He and Buckaroos where starred in Hee Haw which ran for 231 episodes over 24 seasons. He also appeared on Top TV variety programs like The Dean Martin Show, The Jackie Gleason Show, The Jimmie Dean show and The Ed Sullivan Show from 1968 to 1970. In 1972 Owen and Buckaroos released the No. 1 hit Made in Japan, which was their last song to hit No.1 on the chart. Most of the band members left, and the band was just left with Buck and long-time friend Don Rich in the 1970s.

Don Rich also died in a motorcycle accident on Highway 1 in Morro Bay on July 17, 1974. This was a significant blow to Owens which hurt his musical career. Bucks in his last days went into acquiring radio station like KNIX-AM which later became KCWW, KNIX FM in Phoenix and KUZZ-FM in Bakersfield. He was the co-owner of the country music network, Real Country in the 1990’s. He later sold some of his radio stations including KCWW to ABC/Disney for $ 8,850,000 and also KNIX-FM to Clear Channel Communications in 1998.

Buck Owens married four times with the last one surviving until his death. He first married country singer Bonnie Campbell Owens in 1948. The couple had two sons and divorced in 1951. He then married Phyllis Buford in 1956 with whom he also had a son. His last but one marriage was a fiddle player and member of Buckaroo, Jana Jae Greif in 1977 but this marriage lasted for just a few days. His fourth and last marriage was with Jennifer Smith in 1979. His three sons are Buddy Alan, Johnny, and Michael Owens.

Buck Owens died on March 25, 2006, just four hours after his performance at his Crystal Palace restaurant and club in Bakersfield. It is presumed that he died of a heart attack. Nonetheless, he had other health issues. He had oral cancer in the 1990s, but undergone successful treatment, but also suffered from pneumonia and minor stroke in 2004 which had adverse effects on his musical career.

Buck Owens was inducted into the Country Music Hall of Fame in 1996 and the Nashville Songwriters Hall of Fame. In 2003, CMT ranked him No. 12 in the 40 Greatest Men of Country Music, and his band Buckaroos was also listed by CMT at No. 2 in its 20 Greatest Band in 2005.