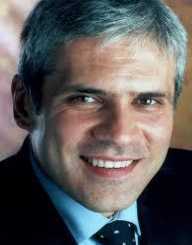 Boris Tadic was born 15th January 1958, to Ljubomir and Nevenka Tadic. He was born in Sarajevo, which is the capital city of the People’s Republic of Bosnia and Herzegovina. Tadic’s father was a philosopher, and his mother is a psychologist. He was one of two children, having a sister named Vjera. Tadic’s sister also became a psychologist, and currently teaches at the First Belgrade Gymnasium.

Tadic’s family moved to Belgrade when he was three years old. His father worked for a local newspaper called Liberation. Tadic attended the local elementary school, followed by high school at the First Belgrade Gymnasium.

Boris Tadic then studied at the University of Belgrade. He graduated with a degree in psychology. Tadic attended demonstrations during his time at university and was arrested and imprisoned for one month. The cause was to have students who had been arrested, released from detention.

Boris Tadic’s first job was as a journalist. He then worked as a clinical psychologist for the military and then became a professor of psychology at the First Belgrade Gymnasium.

Boris Tadic served as the deputy leader for two terms. Due to the assassination of the party leader, Zoran Dindic, in 2003, Tadic was elected the new party leader in 2004.

In 2000, prior to becoming party leader, he took on the position of Minister of Telecommunications in the Federal Republic of Yugoslavia, and from March 2003, he was the Minister of Defense for Serbia and Montenegro.

Boris Tadic became President of Serbia in the 2004 elections. He was re-elected in 2008. During his period in office, Tadic worked towards reconciliation of the former Yugoslav countries, to heal the fall-out from the wars of the 1990s. He was also the first Serbian head of state to have an audience with the Pope, which also helped improve relations between the Catholics and the Orthodox religions in the region. These relations had been strained over the years.

Boris Tadic fought to have the declared independence of Kosovo overturned, including its demilitarization. He had the support of both Russia and in 2009, Poland also verbalized their support.

In 2012, after announcing the elections, Boris Tadic lost to Tomislav Nikolic and resigned from his position as the party’s leader. He became the “Honorary President” of the party, but when he lost the internal re-elections in 2014, he resigned altogether.

Boris Tadic has received many awards and honors, from all over the world. Some of these include:

Boris Tadic married Veselinka Zastavnikovic in 1980. She was a journalist. The couple did not have any children and divorced in 1996. During their marriage, they were politically active and attended demonstrations and spoke out on human rights issues.

Tadic’s second marriage was to Tatjana Rodic, and they have two daughters, Masa, and Vanja.

During his time as president, Boris Tadic worked tirelessly on reconciliation for the troubled Yugoslav territories. He strongly advocated a European integration for Serbia and that they should have close ties to the European Union. This included submitting an application for Serbia to join the EU.

He also succeeded in gaining membership for Serbia to NATO’s Partnership for Peace program.