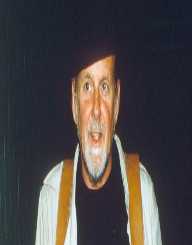 Bob Fosse was born 23rd June 1927, to Cyril and Sara Fosse. He was born in Chicago, Illinois, in the United States. He was one of six children, and his father worked for The Hershey Company as a salesman.

As a young man, Bob Fosse and his friend, Charles Grass, were both dancers. As a duet, they formed The Riff Brothers, touring and performing at different theatersthrough Chicago.

Fosse joined the military, and he performed in a variety show called Tough Situation. The show toured to the military and naval bases throughout the Pacific during the war.

When Bob Fosse had finished his military service, he moved to New York City. He had decided to be a dancer, and he was determined to become the new Fred Astaire. He danced in a movie named Call Me Mister and was seen by Dean Martin and Jerry Lewis. His dance partner in the movie, Mary Ann Niles, would later become his wife.

Fosse and Niles were invited to appear on the Colgate Comedy Hour by Martin and Lewis.

In 1953, Bob Fosse signed a contract with MGM. His first three movies were all released that same year. He had begun to choreograph as well, and his performance in the movie Kiss Me Kate was seen by Broadway producers.

In 1954, Fosse made a move to the stage. The first musical he choreographed was called The Pajama Game, and in 1955 he did his second called Damn Yankees.

Both The Pajama Game and Damn Yankees were made into movies. The first was in 1957, and the other in 1958. Fosse choreographed the film versions, as well as appearing in Damn Yankees to perform a dance routine.

1960 saw Bob Fosse go back to the theater. His next musical was called Redhead, and he was both director and choreographer.

Throughout the 1960s and 1970s, Bob Fosse continued his choreography and directing, culminating in his final movie in 1983, called, Star 80.

Bob Fosse was involved in 20 stage productions. He acted in six, choreographed in 14, and directed in nine.

He was involved in 14 movies. He acted or danced in seven of them, choreographed eight, and directed five.

Bob Fosse was nominated for over 50 awards, and he won 28 of them. His wins include nine Tony Awards, one Academy Award, and three Primetime Emmy Awards.

In 1947, Bob Fosse married Mary Ann Niles, his dance partner. The couple divorced a few years later, and in 1952, Fosse married Joan McCracken, also a dancer. This marriage also ended in divorce, in 1959.