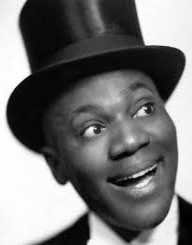 Bill "Bojangles" Robinson was born on May 25th, in 1878. He earned his fame through his remarkable tap dancing skills. Besides this, he was also a talented actor. During the first half of the 20th century, Robinson was the highest paid African-American entertainer.

Bill "Bojangles" Robinson was born on May 25th, in 1878. His place of birth was in Richmond, Virginia. After that, he grew up in Jackson Ward locality. Maxwell Robinson, his father worked as a machine shop attendant. On the other hand, Maria Robinson, his mother served in the church as a choir member.

Unfortunately, Robinson’s parents kicked the bucket in 1884. This left young Robinson at the care of his maternal grandmother. Maxwell succumbed to a heart disease whereas his mother quietly passed away from natural causes.

Before his parents’ death, Bill "Bojangles" Robinson had shown his interest in dancing. Around this period, he performed as a busker. With time, he caught the attention of a promoter during his performance close to the Globe Theatre. Young Robinson was then offered a position to work as a pick.

When he clocked 13, he fled to Washington D.C. Here, he went ahead and worked at Benning Race Track. Afterward, he joined forces with Al Jolson to help him in selling his newspapers. Jolson sang while Robinson danced.

Later on, Martel and Whalen hired him to take on a tour in a show dubbed The South Before the War.

In 1928, Bill "Bojangles" Robinson featured on a Broadway production called Blackbirds of 1928. He played alongside the likes of Adelaide Hall, Tim Moore, Aida Ward, and several other African American actors. The show was a huge hit, and it earned Robison and his team massive recognition. Together with his group of actors, they went ahead and performed the musical for over a year.

Adelaide Hall and Robison won the love of their audiences through their duet singing. The pair were a huge success mostly on Broadway. Later on, they also partnered together and featured in another musical called “Brown Buddies.”

After that, in 1939, Bill "Bojangles" Robinson was back on stage, this time featuring in The Hot Mikado. In the show, Robinson played the role of an Emperor. Their show was then enrolled with the New York World’s Fair. Here, they also earned themselves immense recognition as their show was one of the greatest. August 25th at the fair was then retitled to Bill Robinson Day.

Another Broadway shows that Robinson featured in was All in Fun-1940. However, this show did not perform well.

During the early 1930s, black stage performances began to lose interest, and as a result, Bill "Bojangles" Robinson switched to the film industry. He later debuted in the musical Dixiana. This was an RKO Pictures production. His first lead role came in 1932 after featuring in Harlem Is Heaven.

Other films that Robison featured in include The Littlest Rebel, One Mile from Heaven, Up the River, and Just Around the Corner. Stormy Weather in 1943 was his last film appearance.

Bill "Bojangles" Robinson married three times during his lifetime. His first marriage was to Lena Chase in 1907. The two separated in 1922. His second marriage was to Fannie S. Clay in 1922. This marriage also ended in divorce in 1943. Robinson’s last marriage was to Elaine Plaines in 1944. They lived together to the time of his death.

Bill "Bojangles" Robinson passed away on November 25th, in 1949. He was 72 years old at the time of his demise.