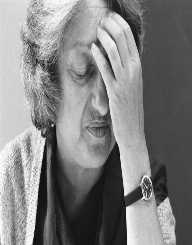 Betty Friedan was an American novelist and women’s rights advocate who is best known for her book The Feminine Mystique and The Second Stage.

Betty Friedan was born to Hungarian and Russian parents on 4 February 1921. Friedan’s parents Howard and Miriam Goldstein were both Jewish and lived in Illinois. From an early age, Friedan was interested in Marxism and social justice. She felt that society saw and treated both women and Jews as inferior.

In high school, Friedan and some friends published alternative news articles to the school paper. After graduation, she attended Smith College, an all-female institute. She worked on the college newspaper and was thought to be highly political and anti-war in her views. In 1942, she graduated with a degree in psychology. The following year she worked in Berkley at the University of California.


Career as a Writer

After her work with the University of California ended, Betty Friedan worked as a journalist. Friedan still mixed with Marxists and she wrote for left-wing papers. She worked for the United Electric Workers’ News and then Cosmopolitan. In 1957, Friedan first began writing about what she termed ‘the feminine mystique’ which was about women who had forgone education and careers to raise a family but were then abandoned by divorce.

Her early articles and surveys were eventually rewritten and the book The Feminine Mystique was published in 1963. The book is attributed to launching the second wave of feminism. The book focuses on the subject of how homemakers were imprisoned by their sacrifice of education and careers for family and how this left them at the mercy of their husbands. This and the lack of positive role models for housewives was described as ‘the problem with no name.’

The book became a best seller, and Friedan became a prominent women’s rights advocate. Friedan continued to write books and articles. She published six books during her career. The Second Stage, published in 1981, dealt with feminism after it had entered the mainstream. Friedan also wrote for the New York Times, TV Guide and Harper’s.

1966 saw Betty Friedan co-found the National Organization for Women. Friedan was elected N.O.W’s first president. Equality acts had previously outlawed the discrimination of a person based on race, gender, and religion but these were mostly unenforced. N.O.W campaigned for that the laws surrounding gender equality in regards to employment and pay be enforced.

In 1967, the group succeeded in having affirmative action extended to women. Friedan came under criticism for her calls for the Equal Employment Opportunity Commission to forcibly create more jobs for women as this was seen as taking from the efforts to alleviate the discrimination against minorities. Friedan resigned as president of N.O.W in 1969.

Friedan led a 20,000 strong march through New York in 1970 calling for equal rights and abortion rights. Friedan was an active spokesperson for abortion rights and founded the National Association for the Repeal of Abortion Laws in 1969.

Betty Friedan was also an essential player in the campaign to prevent G. Harold Carswell from being put on the Supreme Court bench. Carswell was a vocal opponent of the Equality Acts and an advocate of white supremacy.

Betty Friedan married a theatre producer, Carl Friedman, in 1947. The couple divorced in 1969. The couple would often fight, and they would often become physical, Friedan was left bruised by her husband on some occasions. They had three children together, Daniel, Emily, and Jonathan.

Betty Friedan died on 4, February 2006 of cognitive heart failure in Washington D.C. She received numerous tributes at her funeral from family and supporters.