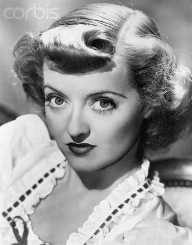 Bette Davis is one of the legendary Hollywood actresses who is very good in the use of words. She is always straight to the point and not always ready to mince any word. She enjoyed being labeled Class Bitch and who is always ready to speak at a point when ladies aren’t allowed to speak. She was someone with characters that could make her being despised and not being dismissed. She later becomes the First Lady of Film. She won numerous awards in her acting career and so many historical awards. She was always ready to take unsympathetic roles and always ready to take up great challenges. She was a great genius whom the world pays a lot of homages to even after her death.

Bette Davis was born in Lowell, Massachusetts, United States of America. Her father was a patent attorney while her mother was a portrait photographer. She had a younger sister named Bobby. While she was still seven years old, her parents got separated. Her mother raised her alongside her younger sister. Later, she attended Cushing Academy which happened to be the oldest co-educational boarding school in the United States. Bette Davis later moved with her mother and sister to New York where she got introduced to the world of entertainment. She had always wanted to become a dancer, but she found herself hitting the acting field. She later joined the Joh Murray School of Theater to horn her acting skill.

Bette Davis started her career in 1928 as a chorus girl on Broadway which happens to be a George Cukor’s play. This was the first paid assignment she ever got. Later in 1929, she had her debut play The Earth Between before she also had a Broadway debut in the same year. She acted a role in the comedy Broken Dishes and was later called for a screen test by a talent scout from Universal Studio. He was however humiliated in addition to the failure he had at the initial screen test. She failed to give up and made another debut, Bad Sisters. This movie was however not successful at the box office. Sooner, he acted in two movies, Seed and Waterloo Bridge for Universal Studio.

She was lent to Columbia Studio for a role in The Menace and Hell’s House (Capital Films). None of these movies earned success at the box office. She was frustrated but did not give up. It was when she was packing her loads that she received a call from a filmmaker, George Arliss. He offered her a lead role in his movie as well as employment with a weekly salary of $400. In 1934, she took up a role that many have rejected. This role got her an opportunity to showcase her versatility, and she was critically acclaimed. In 1935, she won her first awards for the role she played in the movie Dangerous.

Bette Davis later tried to end the contract she had with Warner Brothers because she thought she is being given mediocre roles. She, however, failed to end it with a legal bar on it. She, however, made a success between 1937 and 1949. She appeared in so many successful films and even got nominations for some of her works. However, at the end of her contract with the Warner brothers, her career was on almost finished. However, Bette Davis surfaced again to play a role of an aging actress. It was then she became more successful. She received a lot of critical acclaims while acting in television and films.

Her major work was her performance in Of Human Bondage and Dangerous which garnered her some reviews. She even got a nomination as well as an award for the two roles respectively.

Bette Davis was married to Harmon Nelson in 1932. The marriage had a problem because her husband was not as successful as her. They divorced in 1938. She later married Arthur Farnsworth in 1940 who later died on 5 August 1943. After his death, she chose to marry William Grant Sherry in 1945, but the marriage does not last despite having a child together. The duo divorced in the same year of the wedding. In 1950, she married Garry Merrill, and they adopted two more children. However, the marriage ended after ten years together in 1960. She later died on October 6, 1989, of breast cancer at age 81.