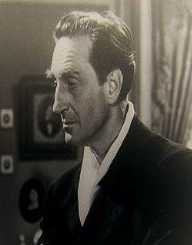 Philip St. Basil Rathbone MC was an English actor born in South Africa. Born on June 13, 1892, came to the limelight as a Shakespearean stage actor in the United Kingdom. He since appeared in over 70 films playing different characters.

Basil Rathbone appeared mostly in custom dramas besides his occasional horror movies appearances. He played Mr. Murdstone in David Copperfield, 1935, and Sir Guy of Gisbourne in The Adventure of Robin Hood, 1938. However, he gained fame with his role as Sherlock Holmes in 14 Hollywood films including The Hound of the Baskervilles.

He also played roles on Broadway and television productions. In 1948, he received a Tony Award for Best Actor in a Play. He also has three stars on the Hollywood Walk of Fame.

Philip St. Basil Rathbone was born on June 13, 1892, in Johannesburg, South Africa. He was born to Anna Barbara and Edgar Philip Rathbone. Following an accusation from the Boers of being a spy after the Johnson Raid, Edgar fled with his family to Britain.

Basil Rathbone was three years at the time. He received education at Repton School from 1906 to 1910. His involvement in sports earned him the “Ratters” from schoolmates. After graduating, he worked with the Liverpool and Globe Insurance Companies.

Basil Rathbone made his debut stage appearance at the Theatre Royal, Ipswich, Suffolk, on April 22, 1911. He played Hortensio in The Taming of the Shrew for the Sir Frank Benson's No. 2 Company. In October 1912, Rathbone joined the company for a US tour. He played roles like Paris in Romeo and Juliet. Also, he played Silvius in As You Like It and Fenton in The Merry Wives of Windsor.

On July 9, 1914, he made a London debut at the Savoy Theatre playing Finch in The Sin of David. He played many other roles until the outbreak of the World War I.

Through the Derby Scheme, Basil Rathbone joined the London Scottish Regiment of the British Army as a private in 1915. Subsequently, he attained a rank of lieutenant in the 2/10th Battalion of the King's Liverpool Regiment.

His younger brother, John, died on the battlefield on June 4, 1918. Rathbone later attained the rank of captain while serving as an intelligence officer. He received the Military Cross in September 1918 for a show of bravery during the war.

After his military career, Basil Rathbone returned to acting. He joined the Shakespeare Company, playing Romeo Cassius at Stratford-upon-Avon at the Summer Festival of 1919. He also played roles like Florizel in The Winter’s Tale, and Ferdinand in The Tempest. Rathbone played many other Shakespearean alongside other characters on stage.

Basil Rathbone made a film debut in silent movies in 1921. He appeared in The Masked Bride and The Bishop Murder Case in 1930. Rathbone gained fame playing suave villains in costume dramas and swashbucklers.

He played such roles in David Copperfield as Mr. Murdstone and Karenin in Anna Karenina. Others include The Last Days of Pompeii, The Mark of Zorro, and The Adventure of Robin Hood. In addition to his costume role, he appeared in horror films like Tower of London, and Son of Frankenstein. His characters in If I were King, 1938 and Romeo and Juliet, 1936 earned him Academy Award nominations as Best Actor in Supporting Role.

Basil Rathbone gained immense popularity with his roles as Sherlock Holmes in several films. The first of such parts was the film adaptation of Sir Arthur Conan Doyle’s The Hound of the Baskervilles.

After its success, he followed it with The Adventure of Sherlock Holmes all produced by Fox. He subsequently played a role in twelve films by Universal Pictures. The works include Sherlock Holmes and the Voice of Terror, Above Crazy, and The Spider Woman among others.

Basil Rathbone returned to Broadway winning Tony Award for Best Actor for his role as Dr. Austin Sloper in The Heiress. Also, he appeared in low budget films including The Name’s the Same, Queen of Blood, and Ghost in Invincible Bikini. Rathbone’s last film was the horror film Autopsy of a Ghost in 1968. He has three stars at Hollywood Walk of Fame.

Basil Rathbone and actress Ethel Marion Foreman married in 1914. The couple had a son, Rodion Rathbone. During the marriage, he also dated Eva Le Gallienne. After divorcing Ethel in 1926, Rathbone married writer Ouida Bergere in 1927.

They adopted a daughter Jackson Rathbone born in 1939. His cousin is prominent English actor Sir Frank Benson. Basil Rathbone suffered a heart attack on July 21, 1967, killing him instantly. He was 75 years. Basil Rathbone lays in a crypt in Shrine of Memories Mausoleum at Ferncliff Cemetery, in Hartsdale, New York.