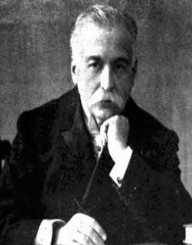 The culinary artist and master chef Georges Auguste Escoffier is widely referred to as roi des cuisiniers et cuisinier des rois, which means “king of chefs and chef of kings.” This subtly highlights Escoffier’s unparalleled achievements, but no fancy sobriquets or lofty phrases can indeed illustrate his importance in the global culinary circuit.

Escoffier’s numerous literary compositions on the essence of cooking revolutionized French cuisine by giving a modern spin on traditional cooking methods and techniques. He is regarded as the father of modern French cuisine who also advocated cooking as a respected profession.

Auguste Escoffier was born on 28 October 1846 in Villeneuve-Loubet, France. His grandmother, who loved cooking, was a significant influence on him as a child. Escoffier showed a natural knack for painting, but his father took him to Nice where the thirteen-year-old multifaceted talent started his apprenticeship under his uncle in the famous restaurant Le Restaurant Francais. Under the strict tutelage of his uncle, Escoffier endured a torrid time but learned the nitty-gritty of cooking from a base level. He started as a commis-saucier (sauce boy) and gradually made his way up into handling the administrative tasks of a kitchen.

Auguste Escoffier was noticed by the owner of the restaurant Le Petit Moulin Rouge, and in 1865 he took the position of the commis-rôtisseur or apprentice roast cook at a tender age of 19. His brilliant culinary skills helped him upgrade to sous-chef in no time, and three years later he became the head chef of one of the most prominent restaurants in Paris.

With the advent of Franco-Prussian war, Escoffier had to leave his job and serve the army as the Chef de Cuisine for seven years. He returned to Le Petit Moulin Rouge after the war was over and resumed his work as the head chef until his departure in 1878.

In 1884, Auguste Escoffier moved to Monte Carlo, where he made acquaintance with the Swiss hotelier César Ritz. Ritz employed him to manage his Grand Hotel in Monte Carlo during the winter, and in summer Escoffier took charge of Grand Hôtel National in Lucerne, Switzerland. In 1890, both Ritz and Escoffier teamed up to work at the Savoy Hotel in London. Their collaboration was a success. Savoy saw a flurry of esteemed guests including aristocratic women flocking every night, which was not a common sight in those days.

But the good times lasted only a while as things ended badly for the partners at Savoy. In 1898, Ritz, Escoffier and the head waiter Louis Echenard were dismissed on allegations of fraud and breach of duty. Initially, they wanted to sue Savoy but later they confessed to their guilt, and the case was settled privately. All three of them had to repay for their misdeeds and the ensuing damage.

Ritz opened Paris Ritz in central Paris, and to rival Savoy, Carlton Hotel was opened in London. Auguste Escoffier was in charge of both the hotels, managing the kitchen and the chefs. It was successful to a considerable extent managing to snatch away many high-profile customers from Savoy. Escoffier worked here for over 20 years, creating many new recipes, introducing new techniques in cooking, abandoning age-old practices, upgrading kitchen organization, etc.

He took Marie-Antoine Carême’s haute cuisine and simplified the extravagant baroque style of cooking, paving the way for a new standard of French cuisine. Escoffier published many books at the turn of the century which would become bibles for generation of cooks to come.