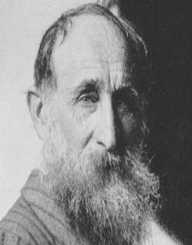 Aristide Maillol was French painter, printmaker and Catalan Sculptor born in France. He is remembered for his artistic monumental female nudes work.

Aristide Maillol was born on 8th December 1861 in Banyuls-Sur-Mer. From an early age, Maillol wanted to be a painter. In 1881, Maillol moved to Paris with the intention of studying art. Financial constraints made life difficult for him in Paris.

His application to join École des Beaux-Arts was accepted in 1885. Gauguin, Maillol's teacher encouraged him to pursue tapestry.

Aristide Maillol later went on to open a tapestry workshop. His quality work gained a lot of fame and was recognized for bringing back artistry in France.

His first significant work was a seated woman, was completed in 1902. He later abandoned his job of making tapestry to concentrate on making small terracotta sculptures.

On July 1896, Aristide Maillol got married to Clotilde Narcis, who worked in his workshop. They had one son, Lucian, together.

Aristide Maillol's life was cut short after a car he was driving on skidded off the road rolling several times. He died on the spot at the age of 83.

Aristide Maillol's work has been kept in Paris at Musée Maillol.