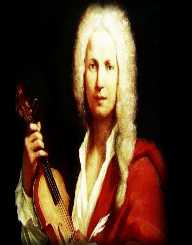 Antonio Lucio Vivaldi was born on March 4th, 1678. He was famous for his Baroque music and the fact that he was a virtuoso violinist. He was also a religious leader and a teacher. His baroque composing profession earned him vast fame across Europe. Throughout his composing career, he composed numerous violin instrumental concertos. Ultimately, he went ahead and composed several instrumental concertos dubbed The Four Seasons. This was regarded as his best compositions.

Antonio Lucio Vivaldi was born on March 4th, in 1678. His birthplace was in Venice. At the time of his birth, Vivaldi was immediately baptized by the midwife. A strong perception followed this that his life was at risk. This was a belief which was held for children that were baptized immediately after being born. Vivaldi’s father, Giovanni Battista Vivaldi, was a violin expert and that he also worked as a barber. His mother was called Camilla Calicchio. Vivaldi was born in a family of nine children. Growing up, he always had a dream of one day becoming an expert in wind instruments. Sadly, his health could not allow him as he was asthmatic.

When Antonio Vivaldi clocked 15 years, he undertook priesthood studies. After a decade, he was ordained as a priest in 1703. Part of the main reason for becoming a priest was that it would help him earn quality education free of charge. This is for the reasons that his parents were not financially able to afford to pay for his school fees.

Following his father’s violin lessons, Antonio Vivaldi quickly learned to play the instrument. In 1703, he was crowned as the maestro di violin –master of  violin. He earned this recognition while at the Ospedale della Pietà orphanage. Around this time, he had also amassed a large attraction for his unique composing skills. In fact, this is what earned him extra income. He managed to sell his best compositions to renowned individuals such as Emperor Charles VI of Austria and King Louis XV of France.

In 1704, his respiratory problems worsened, and this led to his dismissal from priestly duties. Nonetheless, he continued his music career as both a teacher and a conductor. During the same year, he landed himself a job as a viola all'inglese’s teacher.

The following year he released two compositions namely Nerone fatto Cesare and Arsilda, Regina di Ponto. Around the same time, there are two oratorios that he wrote, i.e., Moyses Deus Pharaonis and Juditha triumphant. The latter was recognized as one of his best works.

Regardless of the fact that Antonio Vivaldi left his priesthood duties to focus on music, he still maintained his ordainment. Therefore, he was considered as a priest all this time he did his compositions. He did not marry anyone.

Antonio Lucio Vivaldi died on July 28th, in 1741. He suffered a heart attack leading to his death at the age of 63.