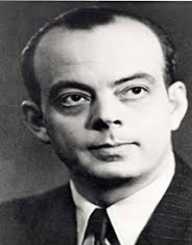 Antoine de Saint-Exupery was a French writer, poet and aviation pilot who used his life experiences to write his publications.

Antoine de Saint-Exupery was the son of Jean and Marie de Saint-Exupery. The third child in the family of five siblings, he was a descendant of French nobility in Lyon. He was born on June 29, 1900.

From an early age, he had to take matters to himself. His father passed on when he was four years old.  Unable to provide for the family, his widowed mother relocated with the family to their family castle in Le Mans. At the age of seventeen, his younger and only brother also passed on.

Due to his poor performance in class, Saint-Exupery did not graduate from the boarding school in 1917. Saint-Exupery twice tried to enlist in the French Navy Cadet School. Both times he failed the entry text. He enrolled in a local college to study architecture. Again, due to poor grades, he did not complete his studies.

After working in odd jobs, Antoine de Saint-Exupery decided to join the French army as a soldier in 1921. He joined the army as a mechanic. He was then transferred to the Air force. A short while in the air force, he was deployed to North Africa. After his duty was over, Saint-Exupery was recalled back to Paris.

His military duties were cut short by his resignation. His would be in-laws prevailed on him to leave the military.

In 1926, he went back to the aviation industry after his engagement was called off. He got a pilot job with Aeropostale, the French postal airline company. Saint-Exupery was to fly airmail from France to West Africa. Owing to his knowledge of the region, he was promoted to manage the Cape Juby airfield in Morocco. Saint-Exupery was often called to mediate for the release of European nationals kidnapped by hostile desert tribes.

In 1929, Antoine de Saint-Exupery was transferred to South America. He pioneered the establishment of Aeroposta Argentina, the Argentine version of Aeropostale.

Antoine de Saint-Exupery's first book Southern Mail came in 1929. In the book, he dedicates the story to one of his friend pilot who died in South America. His second book Night Flight was a dedication to the gallant pilots who face danger while on the line of duty.

His own experiences in flight were recorded in his third book Wind, Sand, and Stars. The 1939 publication was widely received. He published another book, Flight To Arras in 1942.

Antoine de Saint-Exupery escaped to America in 1940, after the Germans took over France in WW2. He used his liberty in America to write Letter to a Hostage, in 1943. In the publication, he called for the unity of the French against Nazi occupation.

Antoine de Saint-Exupery was married to his Salvadorian wife Consuelo in 193. The couple is later said to have parted ways, though no official records can confirm this.

Antoine de Saint-Exupery's 1931 book Night Flight earned him the Prix Femina, the French literary prize. The book was later immortalized in a film. He was twice feted in 1939 in France and America.

Three years later, he was recognized by the French for his book Flight to Arras.

Antoine de Saint-Exupery's last flight was on July 31, 1944. He was on a reconnaissance mission over France from Corsica in Spain. He was never seen again.

Saint-Exupery was honored by the French in France and the French region of Quebec. His portraits were engraved on the 50 and 100 franc coins. This was before the introduction of the Euro in France. In Lyon, his birthplace, the city’s international airport, and the bullet train have his name.

An honoring plaque is visible at the Laval University’s Philosophy department in Canada. This was in remembrance to his contribution as a lecturer in 1942.

Despite having been profiled as a failure in his childhood, Antoine de Saint-Exupery died a celebrated hero to his countrymen.