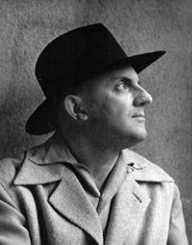 Born in February 20, 1902, Ansel Adams, rose to become one of the most famous photographers of all time. His black and white photos including Yosemite National Park and American West are still being reproduced to this day. Part of his photography popularity was as a result of the conservation mentality that he had for wilderness. His black and white pictures make him an essential figure in fine arts. Ansel Adams died on April 22nd, 1984.

Ansel Adams was the son of Charles Hitchcock Adams and Olive Bray Adams. According to reliable sources, his parents were wealthy individuals in the society. The name Ansel was borrowed from Adams’s uncle, Ansel Easton. Adams’ grandmother had made a life out of lumber business.

Later on, his father took up the business and it continued to thrive as expected. Adams’ time came to take up the business from his father but he strongly rejected and condemned the idea. He was a pro environmental conservation individual. As a result, he failed to accept the job of being a lumber, just like his grandmother and father.

While Ansel Adams was still young, he got a permanent scar on his nose. This occurred as a result of the San Francisco earthquake which occurred in 1906. An aftershock wave threw young Adams hitting a garden wall. This gave him a crooked nose. This was a permanent scar that never got his nose back in line.

With his hyperactive attitude, this landed Adams on the wrong side each time he went to school. From this, he only had a few friends. A number of schools also rejected Ansel Adams for his bad character. From a tender age of 12, he had already began homeschooling with help from private tutors and some family members.

Before venturing into photography, Ansel Adams fell in love with the piano. As a matter of fact, he taught himself to play it. Later in 1916, Adams went for a trip to Yosemite National Park. This was a life changer for him as he got exposed to the world of photography. He became more interested in photography after which he enrolled for club meetings, read magazines and attended several photography exhibits. It did not take long before he developed his own photos in Best’s Studio which was located in Yosemite Valley.

It is through his photography passion that he met with his first wife Virginia Best. She was the daughter to the owner of Best Studios. In 1928, Ansel Adams and Virginia got married. A few year later, Virginia lost her father after which she had to inherit his photography business. The Adams family took good charge of the business until 1971. The name of the business later changed from Best Studios to Ansel Adams Gallery.

Ansel Adams' first portfolio was called Parmelian Prints of the High Sie'rras. Success followed him right from the beginning of his career. His first portfolio featured “Monolith, the Face of Half Dome”, which became quite popular. It is from this point that Adams got a number of commercial assignments coming his way.

From 1929 to 1942, Adams’ photography career was on a high rise. He went further to expand his expertise in photography by focusing on a wide range of pictures. He associated with some of the best artists including Alfred Stieglitz Paul Strand and Georgia O’Keeffe. Believing in his photography abilities, he went ahead to come up with instructional books that tutored young photography fanatics.

During the 1960s, photography had been appreciated in the society. This paved way for Adams’ works to be publicly displayed in galleries. Demand for his work grew unexpectedly and Ansel Adams had a lot of work to do during the 70s. In 1984, he succumbed to a heart attack after which he died in Monterey while receiving treatment in Monterey Peninsula.