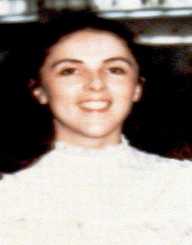 Stanley Ann Dunham was an American anthropologist and the mother of the 44th President of the United States, Barack Obama. Dunham did her doctoral fieldwork in Indonesia where she specialized in economic anthropology and rural development of the country. Dunham was involved with a Kenyan national; Barack Obama Sr. with whom she got pregnant and gave birth to Barack Obama. She was 18 years at the time and studying at the University of Hawaii.

Stanley Ann Dunham was born on November 29, 1942, in Wichita, Kansas in the United States. She was the only of Stanley Armour Dunham and Madelyn Lee Payne. She was named after her father who wanted to have a son. Her father joined the United States Army after the Pearl Harbour attack while her mother worked at a Boeing plant in Wichita. After the war, the family moved from one town to the other living in California, where her father attended the University of California, then to Ponca City, Oklahoma, Vernon in Texas, El Dorado in Kansas and later in Seattle, Washington. Her mother during this time was a vice president of a bank and her father a furniture sales representative.

Dunham started her professional career as an English teacher from 1968 to 1969 and served as an assistant director of the Indonesia-America Friendship Institute in theGondangdia administrative village of the Mentengsub district in Central Jakarta. Dunham later taught English and also served as the department head and director of the Institute of Management Education and Development in Mentengsubdistrictfrom 1970 to 1972.

Dunham co-founded the Ganesha Volunteers (Indonesian Heritage Society) at the National Museum in Jakarta. Dunham was very interested in rural development and helping the rural folks find a sustainable form of living. She served as a craft instructor in batik, dye, and weaving at the Bishop Museum in Honolulu. Dunham continued to champion rural development, microcredit for women and woman’s right in Indonesia by working with several organizations. She worked in the Southeast regional office of the Ford Foundation in Jakarta from 1981 to 1984.

Stanley Ann Dunham married twice first to Barack Obama Sr. The two first met while attending a Russian language class, where Obama Sr. was the first African student of the school. Obama Sr., who was 23 years at the time, had left his pregnant wife, Kezia and child in Kenya to further his education. Despite being married, Dunham and Obama Sr. married on February 2, 1961, in Hawaiian Island of Maui to the objection of their families.

Dunham was three months pregnant before the marriage and it was after the marriage that Obama Sr. told her about his first wife and claimed they have divorced. The couple’s first child, future president Barack Obama II was born August 4, 1961. She later moved to Capitol Hill, Seattle, where she raised young Obama as a single parent. Dunham and Obama divorced in January 1964. Obama Sr. last saw his son in 1971, when he was 10 years old.

Dunham second marriage was to Lolo Soetoro, a Javanese surveyor in 1966. Soetoro was an Indonesian who came to Hawaii to further his education. He returned to his country in 1966 after his education. Dunham and Obama joined Seotoro in Jakarta, Indonesia in 1967. The couple had a daughter, Maya Kassandra Soetoro in August 1970. The couple divorced on November 5, 1980.

Dunham was diagnosed with uterine cancer in 1995 at the Memorial Sloan –Kettering Cancer Centre in New York City. The diagnosis came late as cancer had already spread to her ovaries. Dunham died on November 7, 1995. Her remains were cremated and ashes spread in the Pacific Ocean at Lanai Lookout.