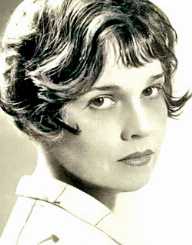 Anita Loos was born on April 26, 1889. She was a playwright and author. She is globally known for her novels and her screenplays. She took up theatre while she was a teenager.

Anita Loos was born on April 26, 1889, at Mount Shasta in California. She was born to Richard Beers Loos and Minnie Ellen Smith. She was christened as Corinne Anita Loos. She introduced into writing while she was still a child. In 1892, her family moved to San Francisco where her passion for writing grew further. She started submitting her scripts to some of the newspapers at that time. She was brought up alongside her sister Gladys. Anita and her sister worked at theatres to support their family as their father was a spendthrift and an alcoholic. Gladys later died, and Anita was left alone to fend for the family. Anita Loos performed in theatres throughout her high school life.

Anita Loos later became an actress in Hollywood but returned home after her marriage did not work. She then started working as a staff writer at the American Motion Picture Studio ‘Triangle Film Corporation’ under director Griffith. In 1916, she visited New York due to her screenplay of the silent movie ‘Intolerance.’ While in New York she met Frank Crowninshield who was the editor of the magazine ‘Vanity Fair’ and they became friends. Anita returned to California where she collaborated with director John Emerson to handle various screenplays for various movies. They made the silent films with actor Douglas Fairbanks.

In 1918, the company ‘Famous Players-Lasky’ gave them a four-movie deal. They then moved to New York along with their friend Frances Marion who was also a writer. In 1919, they took up a deal with William Randolph to make a film with actress Marion Davies. The same year the film ‘Getting Mary Married’ was a success. They also published a book titled ‘Breaking Into the Movies.’ They later worked with Joseph Schenk and Constance Talmadge to produce two movies ‘A Virtuous Vamp’ and A Temperamental Wife.’ Anita’s first playwright was ‘The Whole Town’s Talking.’ She went ahead to write the novel ‘Gentlemen Prefer Blondes.’

In 1925, her book ‘Gentlemen Prefer Blondes: The Intimate Diary of a Professional Lady’ was published. Anita Loos later took up an offer with MGM Studio’s where her venture with the studio ‘Red Headed Woman’ was a success. She also wrote ‘San Francisco’ for the studio. In 1946, she went back to New York where she worked on the script of the play ‘Happy Birthday.’ She also wrote scripts for musicals such as ‘Gentlemen Prefer Blondes.’ She also contributed to magazines such as ‘The New Yorker,’ ‘Vanity Fair’ and ‘Harper’s Bazaar.’ In 1978, she wrote the book ‘The Talmadge Girls’ which was based on her experiences with actors Norma Talmadge and Constance.

In 1915, Anita Loos got married to Frank Palma Jr. but later abandoned him and went back to her mother. In 1919, she married John Emerson, but they had problems in their marriage. They ended up staying in different homes. She died on August 18, 1981, of lung infection in New York City.