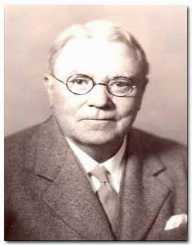 Alan McLeod Cormack was born in Johannesburg on the 23 February 1924. His father worked as an engineer, and his mother was a teacher. His parents had immigrated to South Africa from Scotland before the outbreak of World War I in 1914.

When Cormack was ten years old, the family settled in Cape Town.

Alan McLeod Cormack was a pupil at Rondebosch Boys High School where he became genuinely interested in astronomy, mathematics, and physics although he was also good at sport and was interested in acting. He did a B.Sc. degree at the University of Cape Town, graduating in 1944 and 1945 was awarded an M.A. in Crystallography.

After gaining his M.A, Alan McLeod Cormack went to the U.K. He worked as a research student at St John’s College in Cambridge. Then in 1950, he returned to South Africa, taking up a lectureship in the Physics Department at the University of Cape Town. His research involved nuclear physics, and he became interested in computerized axial tomography (CAT-scanning).

Cormack published results of his research into CAT-scanning in the Journal of Applied Physics in 1963 and 1964. In 1972, Godfrey Newbold and his team built the first CAT-scan machine and by doing so, put Cormack’s theory to the test. Newbold's work resulted in Cormack and Hounsfield becoming co-recipients of the Nobel Prize in Physiology or Medicine in 1979.

Alan McLeod Cormack was awarded the National Medal for Science in 1990.

In the late 1940s, Alan McLeod Cormack met and married American physics student Barbara Seavey. The couple moved to America in the late 1950s and 1966, Cormack became an American citizen.

Alan McLeod Cormack died at the age of seventy-four on the 7 May 1998 in Winchester, Massachusetts.