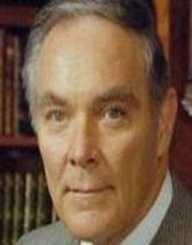 Alexander Haig was born on the 2 December 1924 to Regina Anne Murphy and Alexander Meigs Haig Sr. in Bala Cynwyd, Pennsylvania. Haig was ten when his father, a lawyer, died of cancer at the age of 41. The family was of Scottish-Irish ancestry, and Haig had a brother and a sister.

Alexander Haig attended Saint Joseph’s Preparatory School, Philadelphia and later Lower Merion High School, Ardmore, Pennsylvania (1942). After graduating from high school, he studied for two at Notre Dame University before being accepted into West Point (1944). He graduated from West Point in 1947 as a lieutenant in the U.S. Military. Haig also did an MBA at Columbia Business School (1955) and an MA in international relations from Georgetown University (1961).

Alexander Haig was appointed an aide to General Douglas MacArthur during the occupation of Japan following World War II (1949). When the Korean War broke out (1950-1953), he saw service and won three medals. Returning to West Point after the Korean War, Haig was appointed as a tactical officer. He spent two years at the Pentagon before being sent to Vietnam where he won the Distinguished Service Cross as a battalion commander in the battle of Ap Gu (1967). He also earned the Silver Star and the Purple Heart.

Alexander Haig worked as a security adviser in the White House between 1969 and 1972. During this time he reached the rank of Major General (1972). As National Security Adviser Henry Kissinger’s assistant in the Nixon White House, Haig was involved in the Paris peace agreements which ended the U.S. involvement in the Vietnam War. In May 1973, Haig was appointed Chief of Staff at the White House. This was during the Watergate scandal of Nixon’s presidency, and Haig was involved in the transition of the presidency from Nixon to Ford in August 1974.

After Donald Rumsfeld replaced Haig as Chief of Staff at the White House, Alexander Haig was appointed as the commander of NATO forces as well as the commander in chief of the U.S. European Command. He held this position from 1974 through to 1979. During this time, he was the subject of an assassination attempt in Mons, Belgium when a landmine narrowly missed a car he was travelling. The culprits were the Red Army Faction.

In 1979, Haig resigned from the U.S.Army. He had attained the rank of a four-star general. After retiring from the Army, Haig worked for the Foreign Policy Research Institute (1979) before being appointed president and director of United Technologies Corporation (1979-1981).

During Alexander Haig's period as US Secretary of State, he was involved in diplomatic efforts to broker a solution to the Falklands crisis between Argentina and Britain (1982). His efforts failed, and the Falklands War broke out (2 April - 14 June 1982) between the two countries. Haig was critical of President Ronald Reagon’s plan to aid contra rebels in Nicaragua, did not agree with the president’s stance on Iran and supported Israel’s invasion of Lebanon.

In 1982, Haig resigned after a number of disputes over foreign policy including one with the national security adviser William Clark. In 1988, he ran for the Republican presidential nomination but withdrew before the New Hampshire primary and threw his weight behind Bob Dole.

After resigning from the State Department, Alexander Haig set up a consulting firm, Worldwide Associates Inc  (1982) and he served as a director on a number of corporate boards. He was one of the founding board members of America Online. He also authored the book Caveat: Realism, Reagon and Foreign Policy (1984) and his memoir, Inner Circular, How America Changed the World was published in 1992.

In the immediate aftermath of the failed assassination attempt of President Ronald Reagan in 1981, Alexander Haig said on television that he was the one in control. The remark was seen as an attempt to impose his authority, bypassing the vice-president. His comment was only partially reported on television and was misconstrued by many. Haig later defended himself by saying that he had used a poor choice of words.

Alexander Haig married Patricia Antionette Fox, the daughter of a US Army Lt. General, Alonzo Fox, in Tokyo in 1950. The couple had three children: Barbra, Brian, and Alexander. Alexander Haig died on 20 February 2010 in Baltimore, Maryland. He was 85 years of age.