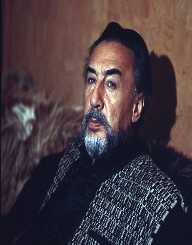 Writer Romain Gary was born on May 21st, 1914, in Vilna, Russia into a to businessman Arieh-Leib Kacew and actress Mina Owczynska. When he was fourteen years old, he moved with his mother to Paris and later Nice where they settled. His father left the family and later remarried. Romain Gary sometimes referred to the fact that the actor Ivan Mozzhukhin could have been his biological father.

Romain Gary studied law at the University of Paris and also had a degree in languages which he obtained in Poland. He was a qualified pilot who was taught to fly when he was in the French Air Force.

After the Naz invasion of France during World War II, Romain Gary escaped to England. To get to England, he had to fly in a light aircraft to Casablanca and then take a boat to England. Once he reached the UK, he became a member of Charles de Gaulle’s Free French Forces. He served with distinction and received some awards and medals.

Romain Gary published his first novel Forest of Anger in 1945. After the war, he worked as a diplomat in Switzerland and Bulgaria. In 1952, he served as secretary of the French Delegation at the United Nations, and in 1956 he was the French Consul General in Los Angeles.

His novel The Roots of Heaven was published in 1956 and won the Prix Goncourt prize. In 1975 he won the prize again for The Life Beyond Us which he authored under the pseudonym Emile Ajar. The prize is traditionally awarded once to an author, and it was only after Gary’s death that it was revealed that he was, in fact, Emile Ajar.

Other publications include Lady L (1958), The Light of a Woman (1977) and Kites (1980). Apart from Emile Ajar, Gary also used the pseudonyms Shatan Bogart and Fosco Sinibaldi.

Romain Gary also wrote a memoir: Promise at Dawn (1960) which was made into a film in 1970. The memoir chronicles are leaving Russia with his mother and settling into life in France only to be confronted with the approach of World War II. Assi Dayan starred as the adult Romain Gary in the film.

Romain Gary wrote the screenplay for the film, The Longest Day (1971) based on Cornelius Ryan’s book of the same name. The film deals with the D-Day landings at Normandy, France on the 6 June 1944 during World War II. Gary also directed and co-wrote the film Kill (1971). He was a member of the jury at the 1962 Cannes Film Festival as well as the 1979 Berlin International Film Festival.

Romain Gary became a French citizen in 1935. He was a linguist who spoke French, English, Russian and Polish.

His first wife was the English writer Lesley Blanch whom he married in 1944. They divorced in 1961. He 1962, he married the actress Jean Seberg, and they divorced in 1970. Seberg later committed suicide. Gary and Seberg had one child, a son Alexandre Gary.

Romain Gary died on the 2 December 1980 when he shot himself in the head.