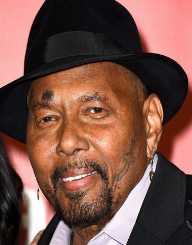 Aaron Neville was born in 1941 in New Orleans, the United States. His first big hit was the single “Tell It Like It Is”. It was released in 1967 by a label Par-Lo from New Orleans. The owned of the label was a good friend of Aaron Neville, George Davis. This song was extremely successful. In year 1967 the song was No.1 on the Billboards' R&B chart for five consecutive weeks. It was successful not only in the R&B chart but also reached the second place in the Billboard Hot 100. This single was awarded the golden disc, as it sold more than a million of copies.

Later on, in 1981 a remake of the song by the band “Heart” was released, and it was again highly successful.

Soon after the very successful start, Neville continued his successful and productive work. Together with Linda Ronstadt, they released the first album “Cry Like a Rainstorm” in 1989. This album contains such widely known and played songs “Don’t Know Much” and “All My Life”. The “Don’t Know Much” was the first song that received a golden disc, because this sold more than a million copies. The album itself was sold in more than three million copies in the United States and got certified as triple Platinum disc.

Aaron Neville has created several widely known songs. He has also worked for television, for movies and performed at various sports events. Several times he was invited to sing the anthem at different events. He has recorded music for Disney animations of Mickey Mouse. He has released 17 albums and countless hits. The most popular hits were “Over You”, “Even If My Heart Would Break” and “Tell It Like It Is”.


The Impact of Hurricane

Home of Aaron Neville was destroyed in 2005 when the hurricane Katrina hit it. Therefore he moved from New Orleans initially to Tennessee and later to Nashville.  Only in 2008, he decided to move back to the New Orleans area.

Aaron Neville has been married more than once. His first wife Joel he met in 1957. Two years later they got married at the age of 18. Unfortunately, Joel developed lung cancer in 2004 and died at the age of 66 in 2007. They had three children. The oldest son Ivan and the third son Jason also became musicians like their father. Jason even performed at the New Orleans Jazz and Heritage Festival in 2009 together with his father.

Aaron Neville had a photo-shoot for the “People” magazine in 2008. There he met the photographer Sarah. One thing led to another, and two years later they got married in 2010.

Neville is Catholic, and in his left ear always has an earring. This earring is a medal of St. Jude, to whom he credits his success.

Aaron Neville received a Laetare Medal from the University of Notre Dame. This he received for an outstanding service to the society and the Church.