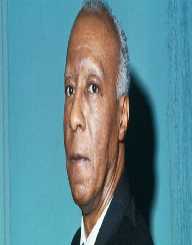 When Asa Philip Randolph  was two years old, the family moved to Jacksonville, still in Florida, where there was a well-established African-American community.

Asa Philip Randolph  and his brother were taught by their parents that personal conduct and character were far more important than a person’s color. They also learned how to physically defend themselves against those who might seek to harm them or their family.

Asa Philip Randolph was hopeful of becoming an actor but soon had to give the idea away as he struggled to find proper work being a black person.

He moved to New York City in 1911. Asa Philip Randolph did manual work during the day and studied English Literature and Sociology by evening at the City College.

Asa Philip Randolph  loved reading, and after reading The Souls of Black Folk by W. E. B. Du Bois, he decided the most important thing he could do, was to take up the fight for social equality. He became familiar with socialism, and also with the sociological ideas of the Industrial Workers of the World.

Asa Philip Randolph became friends with Chandler Owen, a law student at Columbia University, and they had a common interest in socialism and Marxist economics. Their edict was that “people could only be free if not subject to economic deprivation.”

In conjunction with Owen, As a Philip Randolph opened an employment office in Harlem, with the goal of providing work training for those migrating from the south, as well as providing information for them to join trade unions.

Asa Philip Randolph  developed his own style of civil rights activism. He believed that black people should stand together to achieve equality, both legally and economically. He also believed in restricting immigration so that black people would not need to compete with other immigrants that would work for very low rates of pay. Asa Philip Randolph  also totally rejected the racial class system that took hold in the early part of the 20th century.

In 1917, also in conjunction with Owen, Asa Philip Randolph founded Messenger, which was a socialist monthly magazine. It only lasted a couple of years though, as the staff became divided as to the direction it should take.

In 1920, Asa Philip Randolph ran for the New York State Comptroller, and in 1922, for Secretary of the State of New York. He ran on the Socialist Party ticket but was unsuccessful on both occasions.

In 1919, Asa Philip Randolph was appointed President of the National Brotherhood of Workers of America. The union was for African-American shipyard and dock workers in Virginia but only lasted until 1921, due to pressure from the American Federation of Labor.

In 1925, Asa Philip Randolph was then appointed President of the Brotherhood of Sleeping Car Porters. This was specifically for the Pullman Company, as they were a large employer of African-Americans in the railroad industry. Up until this time, most of the porters did not belong to a union and were taken advantage of by the employer.

Although the union had a 51% enrollment rate within a year, it didn’t last as the Pullman Company started firing employees and using violence in opposition to the union. The union had declined by 1933 to only 658 members. Lucks of fortune were with them though when Franklin D. Roosevelt was elected President of the United Sates in 1932.

He amended the Railway Labor Act in 1934, and porters were given rights under federal law. The union membership increased to over 7,000, and the Pullman Company finally started to negotiate in 1935. In 1937, a contract was agreed upon for the workers.

These negotiations catapulted Asa Philip Randolph to be recognized as one of the leading spokespeople for African-American civil rights.

Asa Philip Randolph continued to rally the African-American community, and they had several significant wins in their fight for equality.

Asa Philip Randolph was a major player in getting blacks recognized for joining the armed forces, and he also joined forces with Martin Luther King, Jr. to assist him in organizing marches and rallies, particularly in relation to southern schools resisting the integration of colored students into white schools.

In August 1963, Asa Philip Randolph's dream was realized when there was a March on Washington for Jobs and Freedom. The rally had between 200,000-300,000 participants and was seen as the highlight of the civil rights movement.

The Civil Rights Act was passed in 1965, and although King and Bevel were largely responsible, Asa Philip Randolph's  contributions were significant.

2014:   Inducted into the Florida Civil Rights Hall of Fame

In 1913, Asa Philip Randolph  married Lucille Campbell Green. She was a widow, an entrepreneur, and graduate of Howard University. She shared the same socialist viewpoint as Randolph, and earned enough money to support them while Randolph continued his fight for civil rights.

There are several schools and buildings named in his honor.