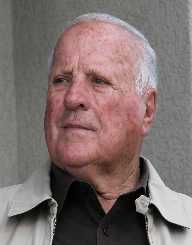 Anthony Joseph ( A.J.Foyt) is a former renowned American automobile auto racing driver. Starting his career early, Foyt participated in many genres of motorsports. Foyt is known for his open-wheel racing in the midget cars United States automobile club champ cars. Also, Foyt raced in the USAC and NASCAR and emerged winner for many racing events. In the USAC career, Anthony had a wins record of four wins while in the American championship, he recorded 67 victories. However, one of Foyt’s major memorable achievement is winning the Indianapolis 500 four time, becoming the only driver ever to do so.

Anthony Joseph (A .J. Foyt) was born on 16th January 1935 in Houston; Texas Foyt joined Pershing and Hamilton middle school for his early education. Later, Anthony attended Lamar, San Jacinto and St Thomas Catholic schools for his high school education. However, Foyt soon opted to be a mechanic and dropped out of school. Anthony's father owned and ran a shop named Burt and Foyt Garage, which was a midget race car shop. More so, Anthony was also a mechanic and auto racer. Foyt was encouraged by his father and by the time he was 17 years of age, he had already began racing his father’s car.

Anthony Joseph began his career racing Midget cars in 1953, at only 18 years of age, with his racing car being owned and operated by his father.Foyt's USAC career then kicked off in 1956 during the Night before the 500 events in Anderson Indiana. Soon, Foyt won his first USAC midget car race at 100 lap event in Kansas City. During the same year, Foyt won a Sprint car race at Salem, Indiana for the first time. At the end of the season, Foyt was seventh on the table standings. After this season, Foyt switched to sprint and championship cars and won two Turkey Night Grand Prix titles in succession, namely Astro Grand Prix and Hut Hundred.

During the 1964 season, Anthony Joseph claimed his fourth National Indy Car title. More so, Foyt emerged winner of his second Indy car 500. During the race, cars driven by Parnelli Jones, Jim Clark, and Bobby Marshman developed some mechanical snags. Later, Anthony won the USAC’s stock car racing three times during the same year, at the Hanford speedway event in California. During the same year, Anthony Joseph also championed a NASCAR race in July, which was his first win in the NASCAR series. This happened after overtaking Bobby Isaac during the last 50 laps in the Daytona international speedway event.

In 1965, Anthony Joseph was involved in an accident during a NASCAR race event in Riverside California, which led to fatal chest injuries. The track doctor pronounced him dead, but his colleague named Parnelli Jones revived him. In 1967, during the Indiana Polis 500, Anthony emerged champion over favorite Parnelli Jones. This was partly due to an accident caused by Carl Williams who lost control and caused interference with five other cars. During the same year, Anthony had multiple victories, winning the 24 Hours of Le Mans race, 24 hours of Daytona and 12 hours of Sebring. As a result, he earned the Triple Crown of endurance racing.

In 1971, Anthony Joseph won the Daytona 500, which was a NASCAR event. From then, Anthony went onto win the Ontario Motor Speedway for two years in succession. During the 1981 season, Foyt was involved in yet another accident during the Michigan 500 and nearly lost his arm as a result of the accident. However, Anthony was not discouraged by this and went on to qualify at the Indy 500 in 1982. In 1990, he suffered yet another severe crash at a CART race in Elkhart Lake, Wisconsin. It quite fatal and led to major injuries in his lower limbs. Still, he did not give up and got back to the Indiana Polis the next year.

Anthony Joseph retired from Indiana Polis Pole day in 1993 and wanted to concentrate on grooming his racing team. His team emerged champions in the National Indy car series for five times.

Anthony Joseph is the only driver in history to win the Indiana polis 500 for four times, the 24 hours of Daytona, the Daytona 500 and the 24 Hours of Le Mans. He was recognized as the best driver of the century alongside Mario Andretti. More so, he was part of NASCAR’s 50 greatest drivers list in 1998.

He was made part of the international motorsports Hall of fame among others in 1988 and Tony (A.J.II). Some of them followed their father’s footsteps in racing.