Individuals born under the Chinese zodiac signs of the ox and dog tend to work very well together, no matter what type of relationship they pursue. Given their natures, this is hardly surprising. So what makes these two work so well together in any type of union?

Is it their appreciation for one another? Is it the devotion? It’s actually not just one thing, but rather a combination of their best traits. Compromise and understanding also go a long way in making the Ox and Dog compatibility successful.

The dog is very grateful for these tendencies in the ox. They will worry quite a bit and find it hard to place confidence in other people.


The ox is noble and astute and will not betray or give their partner a reason to feel envious. They especially admires the dog’s devotion and dignity and wants to be seen in the same way. These two Chinese astrology signs will find contentment and support in each other. 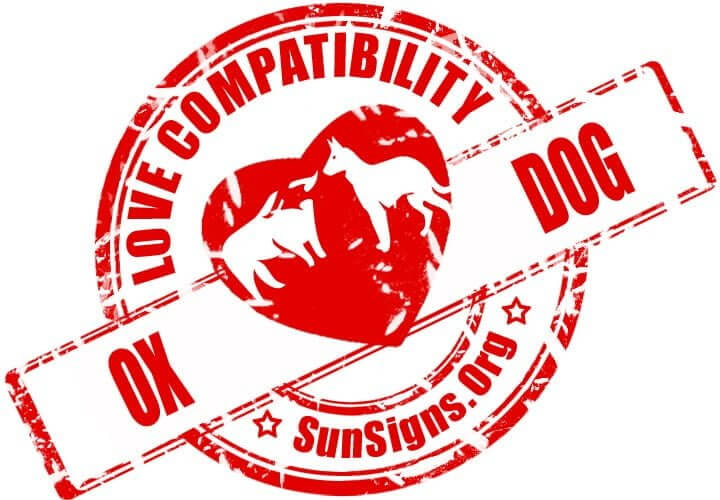 Like most marriages, appreciation and give and take make up a huge part of the success between the Ox and Dog soulmates. Otherwise, the animosity could lead to a passive nature and trouble between these two when it comes to communicating on the basic level.


Those born under both of these Chinese zodiac signs tend to be reliable and truthful. In the Ox and Dog relationship both are fully aware of the other’s traits and admire them very much. The ox wants a balanced and neat domestic life. They manage to silence their mate when they are feeling particularly emotional.

The dog tends to be negative at times and takes support from their partner when they are feeling out of sorts or need support. Chinese zodiac compatibility predicts that neither of these  signs are likely to stray. They both give themselves a higher example to uphold, but they also expect the same kind of standards from other people.


When the Ox man is dating a Dog woman, they can both be obstinate which can lead to disagreements, especially since the ox tends to be more assertive. At the same time, they also highly dislike confrontation. As a result, most of the time these two will not have any real trouble communicating with each other.

The ox woman enjoys importance and material abundance. They appreciate the self-sufficiency the dog man displays but at the same time find their lack of confidence and intense interest annoying at times.

The male dog is receptive and outgoing, but will be irritated and closed-off if the female ox begins to try too hard to force them into something. They could also find their lover too stubborn and disconnected to deal with.

Ultimately these two Chinese zodiac signs enjoy being around each other and can deal with small annoyances from time to time. They could have problems in the long-term if the dog cannot get past the ox’s dogmatic nature. Even in bed, the Dog and Ox share good love compatibility but sexually they will need to make a few compromises.

The female dog will be tolerant and wants parity in the relationship, which can be hard to come by if the male ox doesn’t learn to let up a little. The dog has an expressive nature, which a stubborn ox can come to dislike.

Any difficulties the Ox and Dog friendship might encounter in love will be because of small disagreements and animosity left over when one partner feels they are being wronged by each other. This might eventually lead to a breakup of the Ox Dog love match if not acted upon in time.