The Root Chakra is located at the bottom portion of the human spine. This is the source from which a person feels his/her physical strength. All of our survival instincts are also developed from this particular chakra, since it is related to the earth element.

As we are all aware, each chakra has three stages in a human being’s life cycle. It can either be open, under active or over active. Take the chakra test to know the status of your Muladhara chakra and the other 7 chakras. 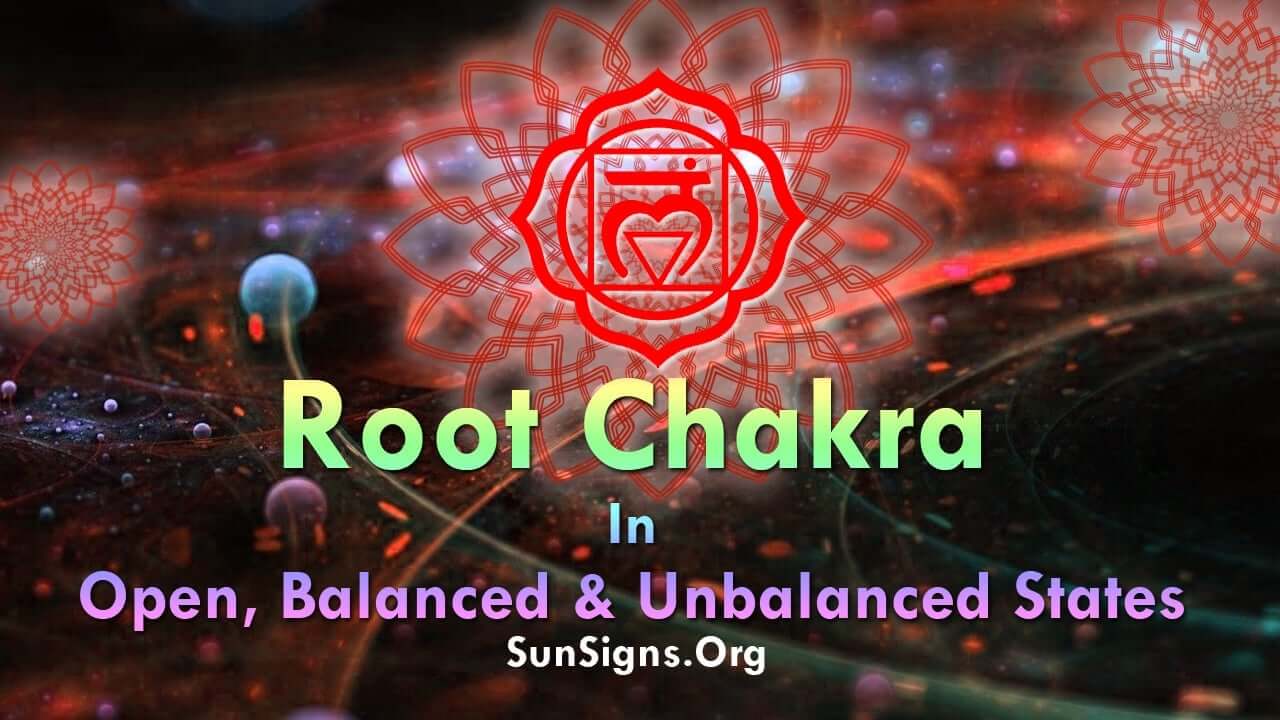 If the root energy tends to stay open, it makes you grounded in reality. This knowledge of knowing everything that goes on around you, in turn makes you calm and confident. This is the chakra that actually deals with your health and prosperity. This chakra actually determines the entire foundation upon which you are built.

This chakra being open makes you a well-behaved person. Your connection to the physical plane is symbolized by this chakra. If your Root Chakra is open, you are sure to possess a great amount of inner strength, and are a source of emotional and mental comfort to all those around you.

However, in the under active state of this root chakra, you are likely to be nervous and mentally tense. You are also prone to developing a fear of your immediate surroundings. Most of the time, this fear is likely to be unfounded and imaginative. You may fear an object, or a particular day of the week, or even a certain human being.

Your inner strength of mind seems to disappear into thin air, and surprisingly, you develop an inferiority complex. Your calmness and composure may seem to have deserted you. Moreover, you are also shy to face people, and rarely to be seen at public gatherings.

The third or over active stage of the root chakra discovers you as a greedy person, who is constantly on the go after material gains. You also become extremely money-minded and spirituality holds little significance for you. Physicality is supreme on your mind, and sometimes it gives rise to unwarranted violence on your part, which in turn is resented by others.

In this state, you have little power to vary and wish to avoid any changes on your fixed life. The only thing you are constantly searching for in this state is safety and security from your family and immediate surroundings. The only remedy to this uncomfortable situation is to stay as calm as possible, and allow things to be corrected with the gradual passage of time. You should not feel frustrated and depressed when things do not go as you had planned originally.

Frustration will only lead to more resentment which will bring out your suppressed physicality. If considered necessary, you can also try chakra meditation so that your mind is brought under control. You should not be mentally tense or nervous in case of a crisis situation. At the same time, develop your own elasticity and try to adapt to all the changes that are happening around you, even if they are for the worst.

Indulge in a lot of physical activities such as walking, jogging and dancing, so that you slowly start to reconnect with the physical plane of your body. That way the effects of this root chakra healing can eventually be optimal.