When many people think of symbolism, they think of things that they may see in their dreams. While dream symbolism is a real thing, there is symbolism in the waking world as well. Everything has some level of symbolic meanings attached to it. Some things have more symbolic traits than others.

When it comes to animals, it is their actions, appearances, and mythology that attributes to their symbolism. When it comes to the symbolism of the poinsettia plant, it only has its appearance, mythology, and the health benefits to give it symbolism. This plant is full of symbolism, and if you keep reading then you can learn all about it! 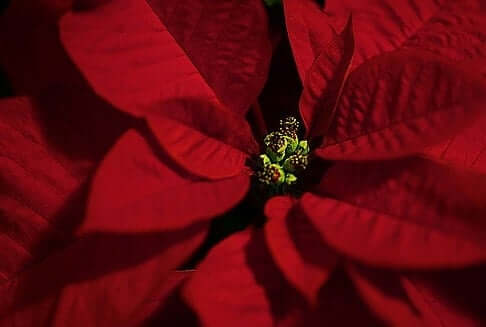 In most of the world we only see the poinsettia around Christmas-time. This plant is often used as a decoration during the holidays. You can buy many synthetic versions of this plant to use as Christmas tree ornaments. Of course, the synthetic version is never as good as the real thing. Oddly enough, even though we regularly only see this plant around Christmas in the month of December, it actually grows all year long.


This plant needs a warm climate to grow well, and it is naturally found in Latin America. The story of why people use the poinsettia for Christmas even comes from Mexico. The story says that there was once a very poor boy that had nothing to give to his church. Later, he found a beautiful poinsettia and gave it to the church.

This is wasteful, as the plant could easily grow throughout the year. The plant doesn’t always look like a small flower either. If you were to let the poinsettia grow, then it would more likely look like a small bush or tree rather than a flower. This can represent misunderstandings and growth.

The Aztec Indians had special symbolism for the poinsettia. They too thought that it looked much like a star and named it, what translates to, star flower. They said that the poinsettia easily symbolized purity, holiness, and wisdom or intelligence.

As you can see, a plant’s history has a large impact on its symbolism. This is true of just about anything that you can symbolize. Every culture puts a little of their own symbolism into something, which adds to its overall symbolism. Sometimes symbolism is hard to decode in something, but knowing the history makes things a little easier.