How To Balance Your Third Eye Chakra?

How To Balance Your Third Eye Chakra (Ajna) ?

The third eye chakra is a devilishly difficult chakra to pin down. We know the location of the chakra, certainly, and we know when it’s open. To tell whether it’s unbalanced or not, however, is much more difficult.

The chakra deals with the sort of supernatural abilities that some people have, like clairvoyance, clairaudience, touch-knowing, and precognition. Those who open this chakra will find that their psychic abilities are strengthened, or empowered.

But the nature of these abilities is spotty at best, and there are times wherein those abilities will not work properly or will work only partially. How can you tell if this is just a normal flicker in the ability’s effectiveness, or if it is a product of the chakra being off-center?

The short answer is, you should simply know. Keeping a chakra aligned or balanced should be a constant process anyway, rather than a cleanup process. Therefore, it’s a good idea to simply do these meditation even if your chakra isn’t out of alignment as preventative measures. Take the chakra test to know if your Third Eye Chakra is open, closed or balanced. 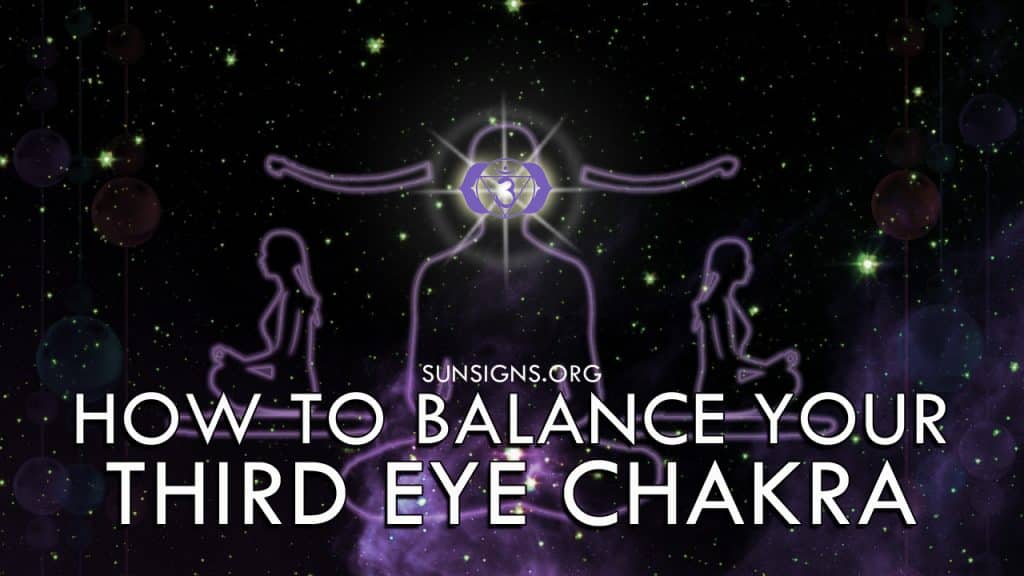 You’ll need a needle, an eraser, piece of styrofoam, or something else into which you can stick the needle, a 4″ square of paper, and a large glass or transparent plastic mixing bowl. Fold the paper on half so that one corner touches the opposite corner, making a triangle.

Unfold it and do it again, matching opposite corners. You should now have a little paper pyramid. Stick the needle into the clay or whatever you have, and then put the paper on top of the needle, so that it can spin freely. Now, put the bowl over the entire setup. (Read how to use a scrying bowl)

Sit comfortable in front of the bowl, and place your hands on either side of it, not touching it. Close your eyes, and imagine the setup in front of you. This meditation will exercise your metaphysical capability by making you focus on the paper on the needle. Open your third eye, and see the energy that runs through your body. You can see it, you can focus on it. Use your third eye to direct that energy into your hands, and see them push through the bowl.

Match your breath with your heartbeat. In for two beats, out for two beats. With each breath, feel the energy in your hands push a little further into the bowl. Feel the paper on your energy-fingers. Push it in space, make it turn on the needle.

While you may never open your eyes and see the paper spin in front of you, the real exercise is the manipulation of the energy in your body that you can only see with your third eye. You may find that your abilities return to a more steady rate of working, or that they maintain their current state.

Still, it is important that your third eye chakra remains worked. This is because a person with one of these psychic abilities, once having opened their third eye chakra, can never really return to the state of unopened or unbalanced chakra. This cannot happen without a significant decline in their ability’s effectiveness. While it may seem like a lot of work, the benefits outweigh the cost in the long run.