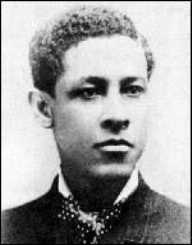 Inventor Jan Matzeliger was born on the 15 September 1852 in Paramaribo, Suriname, which at the time was known as Dutch Guiana in South America. His father, Ernest Matzeliger,  was a Dutch engineer. Matzeliger Snr. was sent to Dutch Guiana by the Dutch government the Dutch government and married a local woman born of African ancestry. Matzeliger, therefore, had Dutch-African descent. He showed talent and flair for fixing complex machinery at a young age. He used to visit the factory where his father worked and was exposed to industrial machinery.

In his late teens, he left home and joined the East India Company and worked on one of their ships, visiting various countries around the world. He visited Pennsylvania in the United States in 1873 and decided to extend his stay. With very little money and no means of support, he had to rely on a local church for charity initially. After a while, he was able to get work fixing machinery for various people and able to support himself.

Jan Matzeliger then moved to Lynn, Massachusetts and found work as an apprentice in a shoe factory where he worked on a McKay sole-sewing machine. Matzeliger discovered that although the machine he worked on was able to attach different parts of the shoe, it could not attach the upper part of the sole to the rest of the shoe.

In those days, the attaching of the upper sole was done by hand and was a complex operation done by specialists who were known as hand lasters. An expert hand laster could turn out 50 pairs of shoes in ten hours, and they were paid well, making shoes an expensive item. The hand lasters union was The Company of Shoemakers.

Matzeliger educated himself by learning English at night school, and he also began reading texts on mechanical science and physics. After time in the shoe factory observing the hand lasters, he began to formulate his prototype for a machine capable of doing the job. It took him six months to build his prototype, made out of scrap.

Once others discovered what Jan Matzeliger's invention was, he was offered money for his design, but he held out before selling a 66% interest to two separate investors, keeping a third for himself. The investment funds allowed him to complete his second and third models and apply for a patent for his idea. In March 1883, Matzeliger obtained a US patent for his Lasting Machine. A couple of years later, his machine was capable of producing 700 pairs of shoes a day.