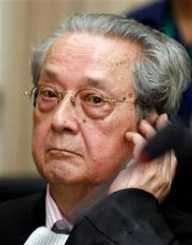 Jacques Verges was born on March 5, 1925, in Ubon Ratchathani, Siam. He grew up on the island of Reunion. His father Raymond Verges was a French diplomat, and his mother was from Vietnam. In 1942, Verges was encouraged by his father to sail to Liverpool and enlist in the Free French Forces to participate in the anti-Nazi resistance. In 1945, he joined the French Communist Party.

After the war, Verges enrolled in the University of Paris, where he studied law. In 1949, he became the president of the Association for Colonial Students. During this time, he met and became friends with Pol Pot. From 1950 until 1954, he led the Communist Party’s youth organization in Prague.

After his tenure in Prague ended, Jacques Verges returned to France and became a lawyer. He quickly gained a lot of recognition for taking several controversial cases. During the struggles in Algiers, he was defending many people accused of terrorism by the French government. He became a major supporter of the Algerian armed independence struggle against France. He even went as far as to compare the resistance to French resistance to the Nazi German occupation.

One of his largest cases was when Jacques Verges defended the anti-French Algerian guerilla DjamilaBouhired on his charges of terrorism. She was convicted of blowing up a café and killing eleven people. During this case, Verges used his pioneer rupture strategy, where he accused the prosecutor of the same offense. Although Bouhired was sentenced to death, she was later pardoned and freed due to public pressures. The two married after several years and had two children together. In 1960, Verges was sentenced to two months in prison and temporarily lost his license, as an attempt to limit his success as Algerian defendant. When Algeria gained independence, Verges obtained the country’s citizenship.


Time In Israel And Aftermath

In 1965, Jacques Verges went to Israel to represent Mahmud Hijazi, a member of the Palestinian Fatah movement, who was sentenced to death on charges of terrorism. However, the Justice Minister of Israel forbade a foreign lawyer representation. Although Verges could not represent Hijazi, his actions generated the appeals court commuted a lot of publicity and Hijazi's death sentence.

In 1970, Verges suddenly disappeared from the public, without giving any explanation and did not appear until 1978. He refused to comment these years. He was last seen in February 1970, then cut all ties to his wife Djamila and left his friends and family. His whereabouts during this time remain a mystery.

In 1978, Jacques Verges returned to his legal practice and started out with defending Georges Ibrahim Abdallah who was convinced of terrorism and a Nazi war criminal Klaus Barbie. One of the most publicized actions by Verges was in 1999 when he sued Amnesty International on behalf of Togo.

After the United States invaded Iraq, Verges was on the team that defended several former leaders of Saddam Hussein’s regime. In 2008, Verges defended Khmer Rouge head of state KhieuSamphan at Cambodia’s genocide tribunal.

Jacques Verges died in August 2013 after suffering a heart attack. He was at the time 88 years old.