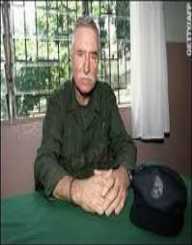 Denard began his career serving in the French Navy in Indochina and French Algeria. In 1952, he took up a position in Morocco as a colonial policeman and served until 1957. During this period, in 1954, he served 14 months in prison after he was found guilty of an assassination plot against Prime Minister Pierre Mendes-France.

When Bob Denard was released, he participated in several anti-colonialist fights and worked for the French Secret Service. In late 1961, he began his career as a mercenary. He was in Katanga, and fought there until 1963, becoming very well-known in his pursuits, but once the secessionist movement collapsed, Denard and his men fled to Angola.

He was known to have taken part in various conflicts over several countries including, Rhodesia, Angola, Iran, Yemen, and Nigeria, amongst others. In 1963 he was in Yemen while it was in civil war, helping train royalist volunteers with the backing of the French government. During 1964 and 1965, he was back in Congo, working under the Prime Minister, Moise Tshombe.

From 1978 to 1989, Denard led the presidential guard of Ahmed Abdallah in the Comoros, after he led a coup that put Abdallah back in power. He used the Comoros as his base as it was quite central and allowed him to move around between other African countries. He was a canny investor, and built a portfolio of considerable size including hotels, land and the presidential guard. In 1989, Denard and his men were ordered by Abdallah to disarm the armed forces, as Abdallah feared a coup d’etat.

Within a few days, Bob Denard left the Comoros and was evacuated to South Africa by French paratroopers. He was then taken to France where he awaited trial. He had been charged with ordering the assassination of President Ahmed Abdallah, along with his lieutenant. A few days before the trial, however, all charges were dropped due to lack of evidence.

Another coup took place in the Comoros, and President Abdulkarim took power. He denied Denard entry back to the Comoros. Abdulkarim died in November 1998, believed to be poisoned, but an autopsy was refused.

In 2001, Denard was prosecuted by an Italian attorney for trying to recruit mercenaries from the Italian far-right movement, to try and make a coup against the President, Colonel Azali Assoumani.

In 2006, yet another attorney, Olivier Bray, brought charges against Bob Denard for a coup d’etat he had taken part in during 1995. Denard was eventually found guilty of “belonging to a gang who conspired to commit a crime”. He was given a five-year suspended jail term. By this time, Denard was suffering from Alzheimer’s disease. He was given a suspended sentence due to the French acknowledging their part in the coup and that Denard was acting on their behalf.

Bob Denard was a polygamist, and he married seven times. He had eight children. He was born into the Roman Catholic church, converted to Judaism then to Islam, and then converted back to Catholicism again.