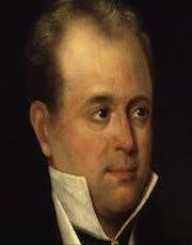 Richard Carlile was an English journalist and political activist.

Richard Carlile was born on December 8, 1790, in the town of Ashburton, Devon, England. His father was a shoemaker who died when he was three years old. His mother owned a small shop. When he was six years old, he started taking free lessons at a local church school. From the age of 12 to 19, he was an apprentice to a tinsmith.

In 1816, Richard Carlile's employer reduced his working hours, causing significant problems to his family. Carlile started attending political meetings which called for greater rights for the working class. He was influenced by reformist activists like Henry Hunt and William Cobbett. He soon began going around the city and selling the writings of activists like Tom Paine. In 1817, he opened a small publishing shop on Fleet Street with printer William Sherwin.

He printed texts such as The Age of Reason, The Rights of Man, Principles of Nature, and Principles of Government. He split the texts into small pamphlets to make them affordable for the poor. He soon started printing the banned radical journal The Black Dwarf. He also published Sherwin’s Political Register, a journal which announced political meetings.

On August 16, 1819, thousands of people gathered up in Manchester to demand parliamentary reform. The government sent in soldiers to attack the protesters. Many people were killed and injured, and the event became known as the Peterloo Massacre. Carlile attended the gathering and managed to escape unharmed. He wrote a full report on the event and published it in Sherwin’s Political Register.

The government closed the newspaper and confiscated all remaining stock. Richard Carlile decided to keep publishing the newspaper, under its new name The Republican. Two months later, he was found guilty of blasphemy and seditious libel and imprisoned in a jail in Dorchester. His wife took charge of the newspaper, but she also ended up in jail.

The same thing happened with several more shop workers, and with more than a hundred people who sold the newspapers on the streets of London. Carlile continued writing during his time in prison. He wrote pieces such as An Address to Men of Science, The Character of the Jew Books, and The Life of Thomas Paine.

Richard Carlile left prison in 1825. He continued publishing The Republican. He advocated for atheism, gender equality, and birth control. In 1829, he went on a speaking tour with radical clergyman Robert Taylor.

He then opened the Blackfriars Rotunda, a gathering place for reformist thinkers. In 1831, he was sent to jail for supporting agricultural trade unions. He left prison in 1834. The government fines left him in high debt. He no longer had the means to fund his newspaper. He spent the next few years of his life living in great poverty.

In 1813, Richard Carlile married a woman named Jane. They had five children, two of whom died during infancy. In 1829, he began a relationship with Eliza Sharples, a freethought lecturer. She became his common-law wife, and they had four kids together.

Richard Carlile passed away on February 10, 1843, at the age of 52. He donated some of his organs to St Thomas’s Hospital for medical research. The rest of his remains were buried in a common grave at the Kensal Green Cemetery.